Campobello Island, New Brunswick has no road connection to mainland Canada, but there is a bridge to Northeast Maine. The island is home to the Roosevelt Campobello International Park. As a child, Franklin D. Roosevelt spent many summers exploring this island. In 1909, Eleanor’s mother purchased a cottage and gave it to her and her husband as a belated wedding gift. All of the Roosevelts would summer there until the summer that Franklin contracted polio while on the island in 1921. After that year, Eleanor and the children continued to visit the island until Eleanor’s death in 1962. Franklin was only able to return for three separate visits.

In 1964, as a symbol of the close relationship between Canada and the U.S., Roosevelt Campobello Park was established. We visited the international park to tour the grounds and cottages but also for the experience called Tea with Eleanor. 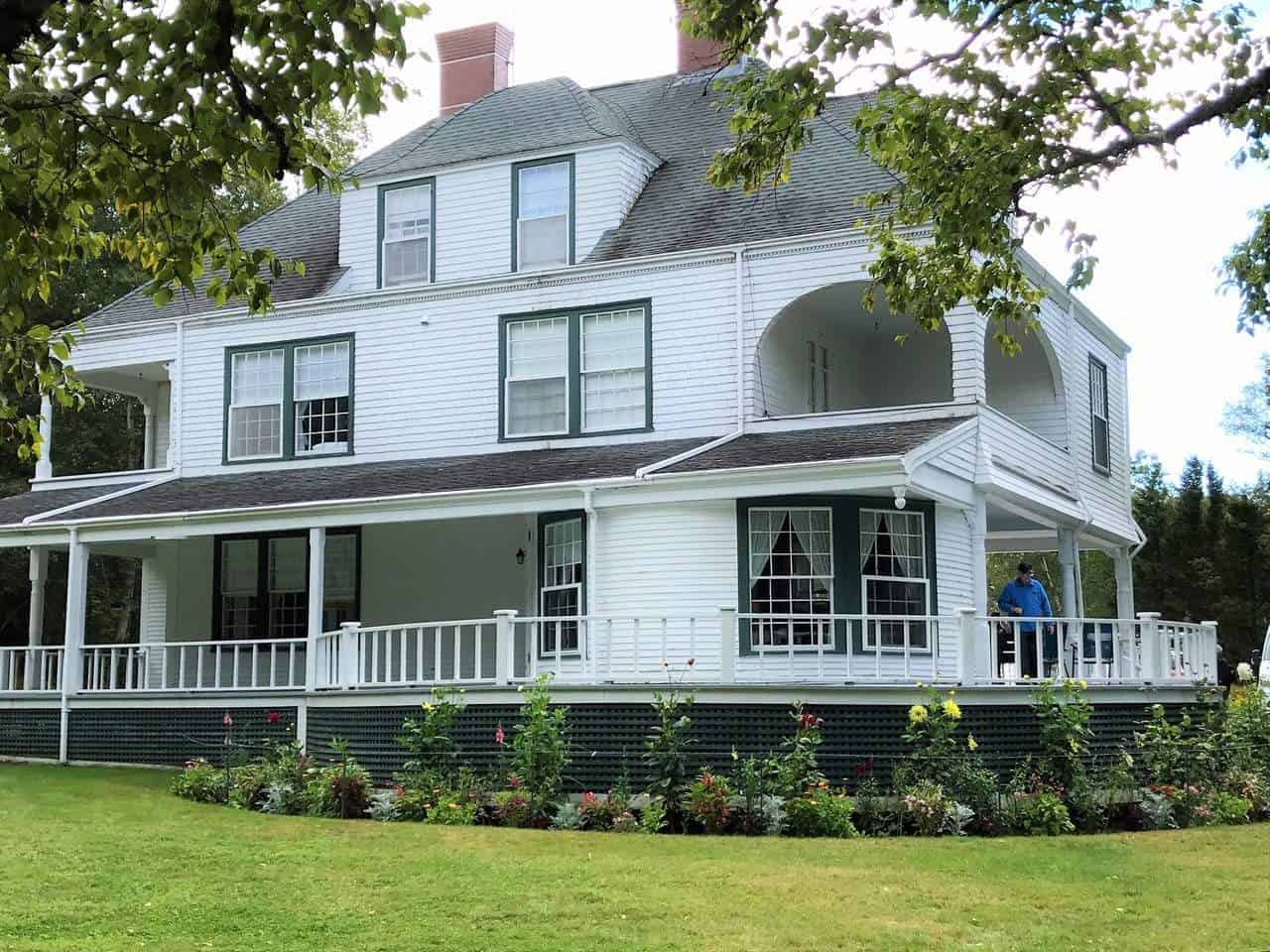 We arrived at the Wells-Shober Cottage around 9:45 am on a sunny morning. People were sitting on the chairs lining the wrap around porch. Others were checking out the flower garden behind the home.  Everyone is anxiously awaiting Tea with Eleanor. There are three tea times to hear the stories of Eleanor. The first is at 11 am and is free, but it’s first come first serve so no advance tickets. For the two other afternoon seatings, you can buy tickets in advance for $14 each. Everyone there was eager to hear the stories of Eleanor the first Chairperson of the United Nations Human Rights Commission, and probably the most quoted women in history. And, of course, the longest-serving First Lady of the United States in history at 12 years. 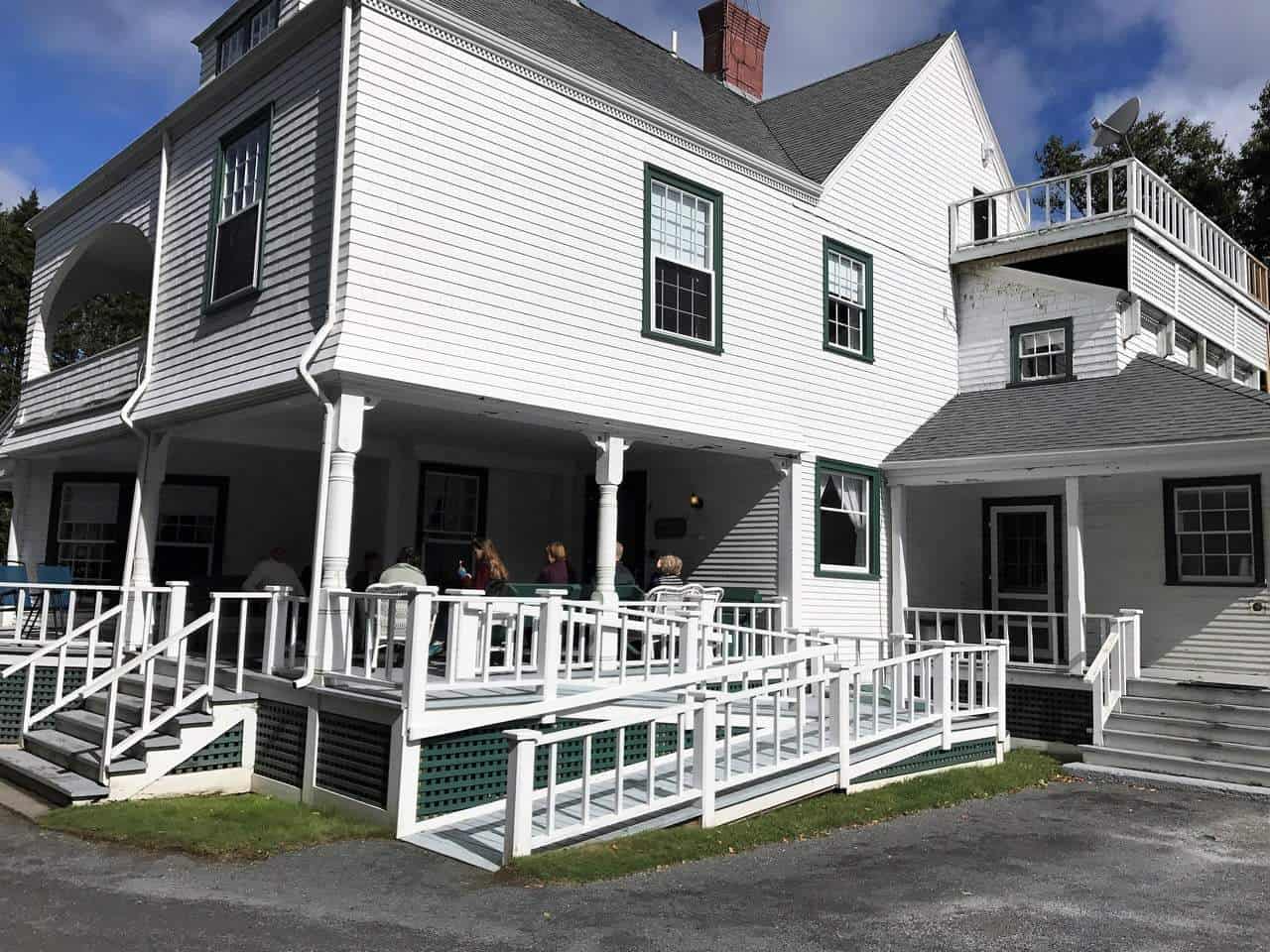 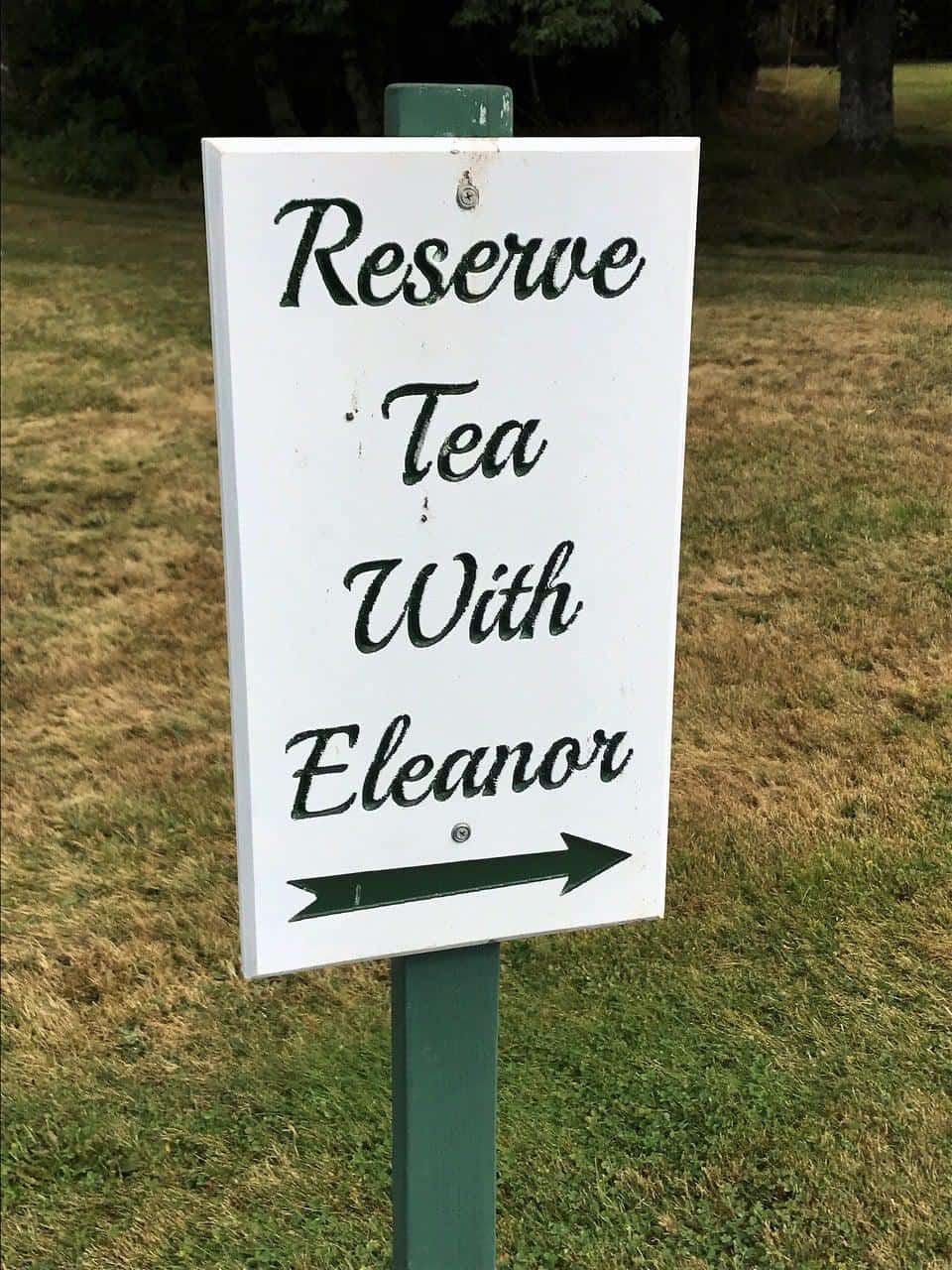 We entered a turn of the last century parlor and took a seat to enjoy tea and cookies, something Eleanor often did while the first lady of the United States. One of the reasons we travel is to meet interesting and different people. I sat next to a man, 80 years young, who met Eleanor while he was in college and who worked in the CIA his entire working career. As we were taking our seat, the aroma of freshly baked cookies and the smell of Earl Grey tea filled the room. Smiling ladies began serving us as we introduced ourselves to the others seated at our table. 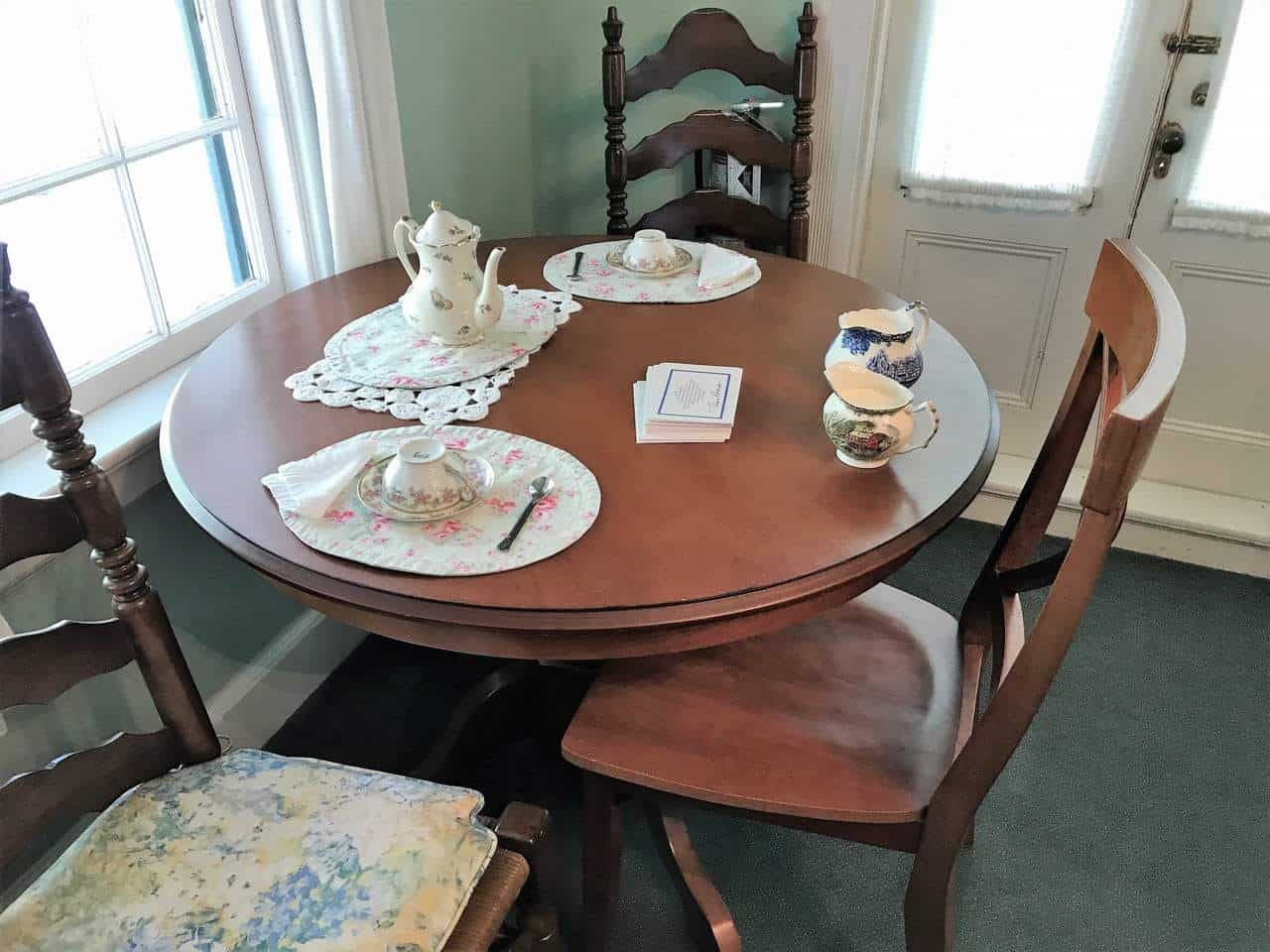 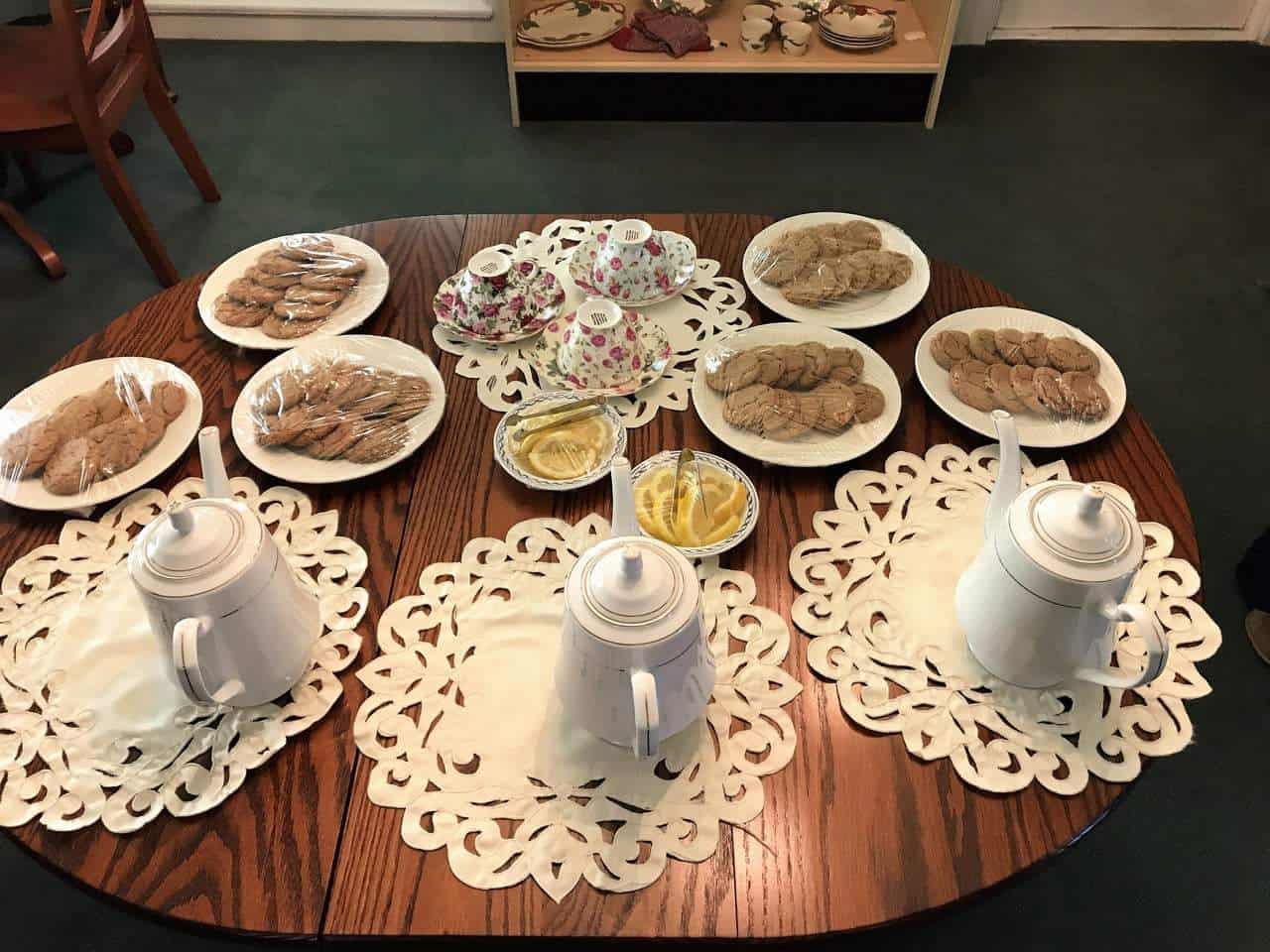 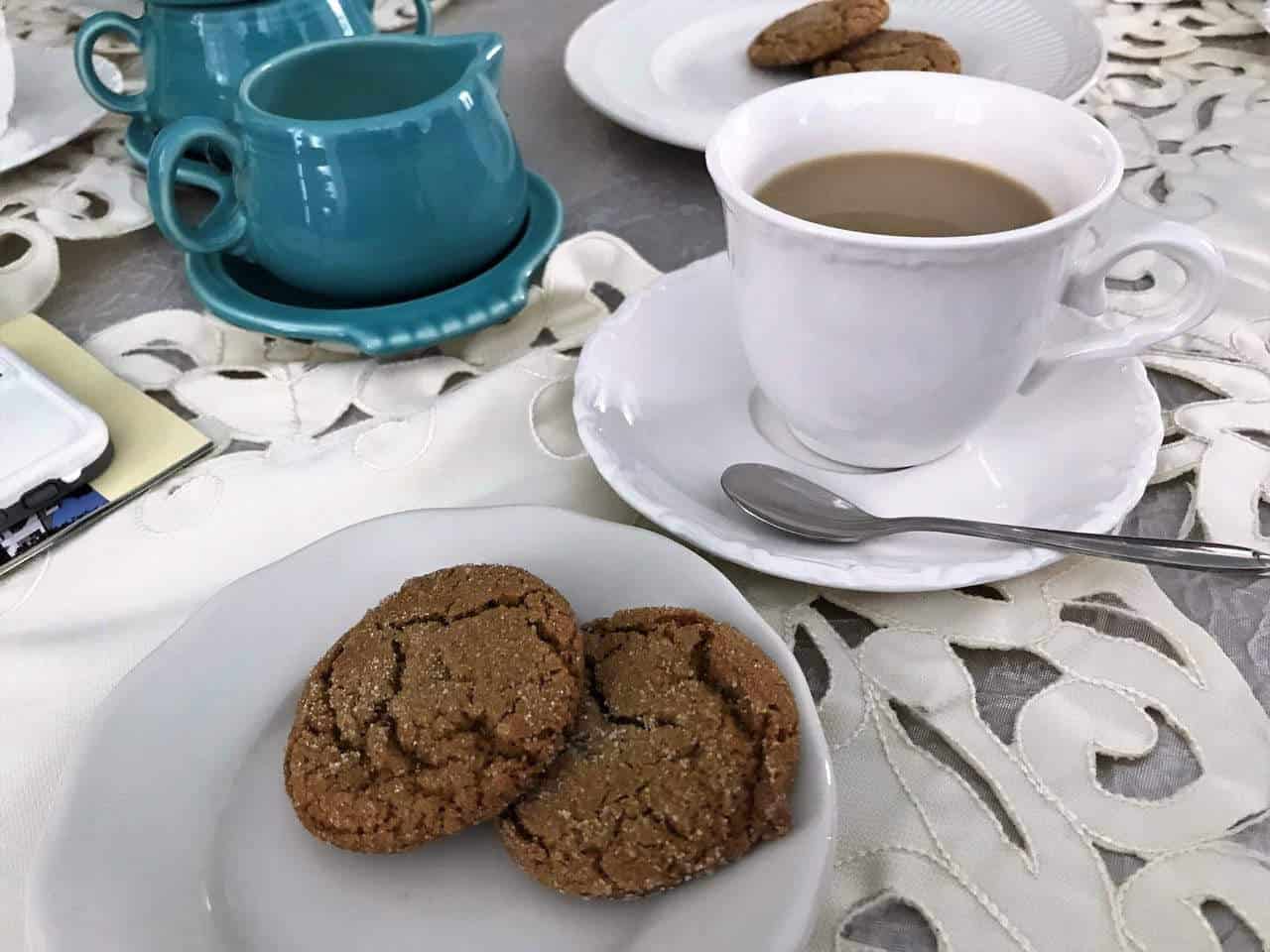 Our hostesses eagerly brought Eleanor to life. They shared stories that were told to them by family members who had worked at the Roosevelt estate since 1909. Immediately Eleanor’s kindness and genuine interest in people was evident. She had a sad and challenging childhood. Eleanor’s early years included the tragic deaths of her mother, father, and brother, and her strict upbringing by a domineering Grandmother. It may be due to always feeling inadequate that Eleanor advocated for women’s rights, racial equality and the elimination of segregation in America. Eleanor would invite anyone, not just the other wealthy people summering on the island, but anyone she encountered to afternoon tea with her. 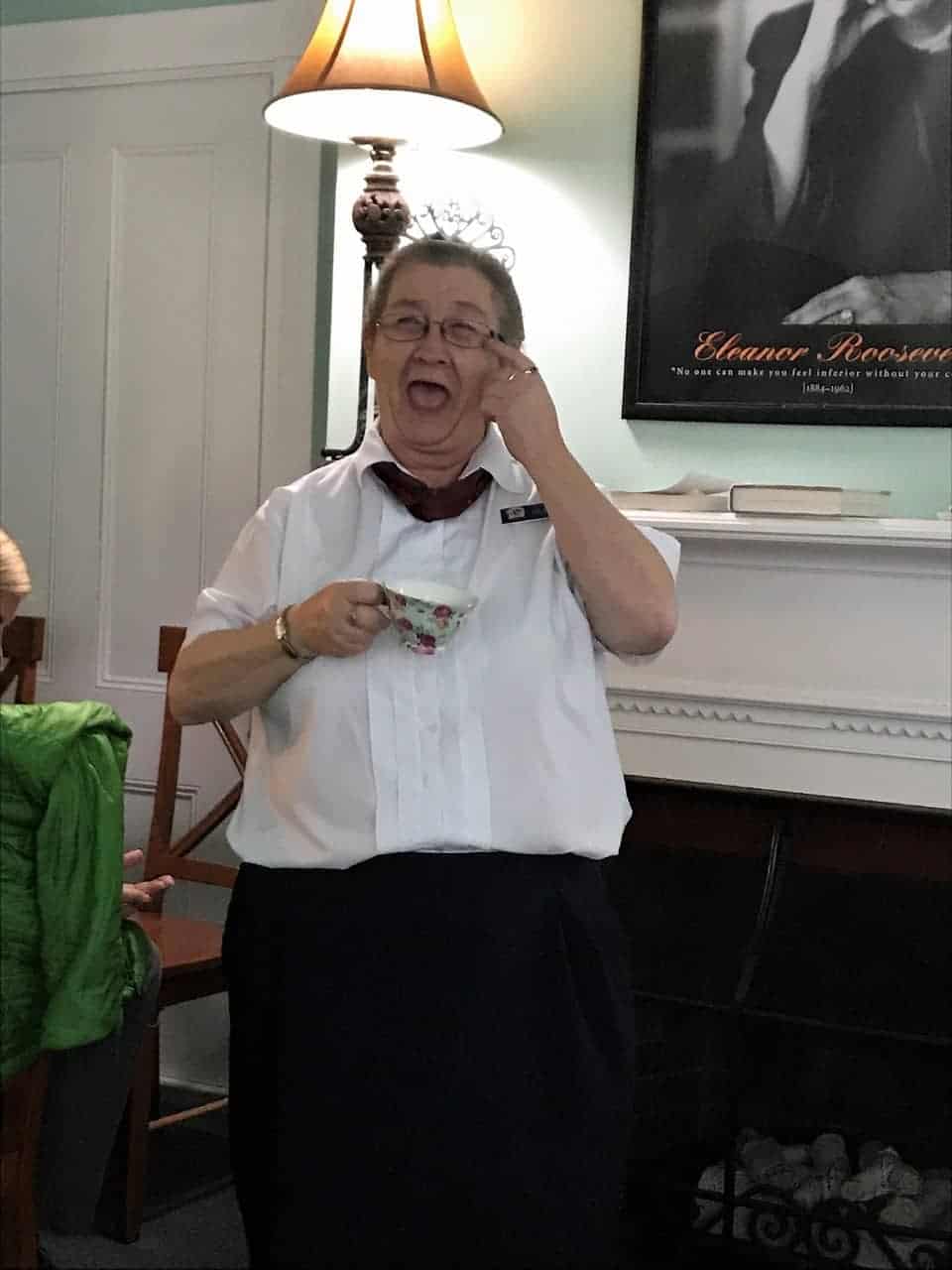 Hanging over the fireplace, as we listened to stories, is a picture of Eleanor and a quote that I love. The quote reads; “No one can make you feel inferior without your consent.” Obviously, Eleanor learned this during her youth and tried hard to make every person she met feel valued! We listened to the story of Eleanor visiting the Tuskegee Airbase to shine a light on African-American military pilots. She was supposed to be flown around the area by a Caucasian pilot but instead walked up to a Tuskegee pilot and asked him to take her for a flight. At the time of her visit to Tuskegee, women were still not seen as equals to men. But, Eleanor would prove to be in control of her life and determined to see the world with her own eyes. 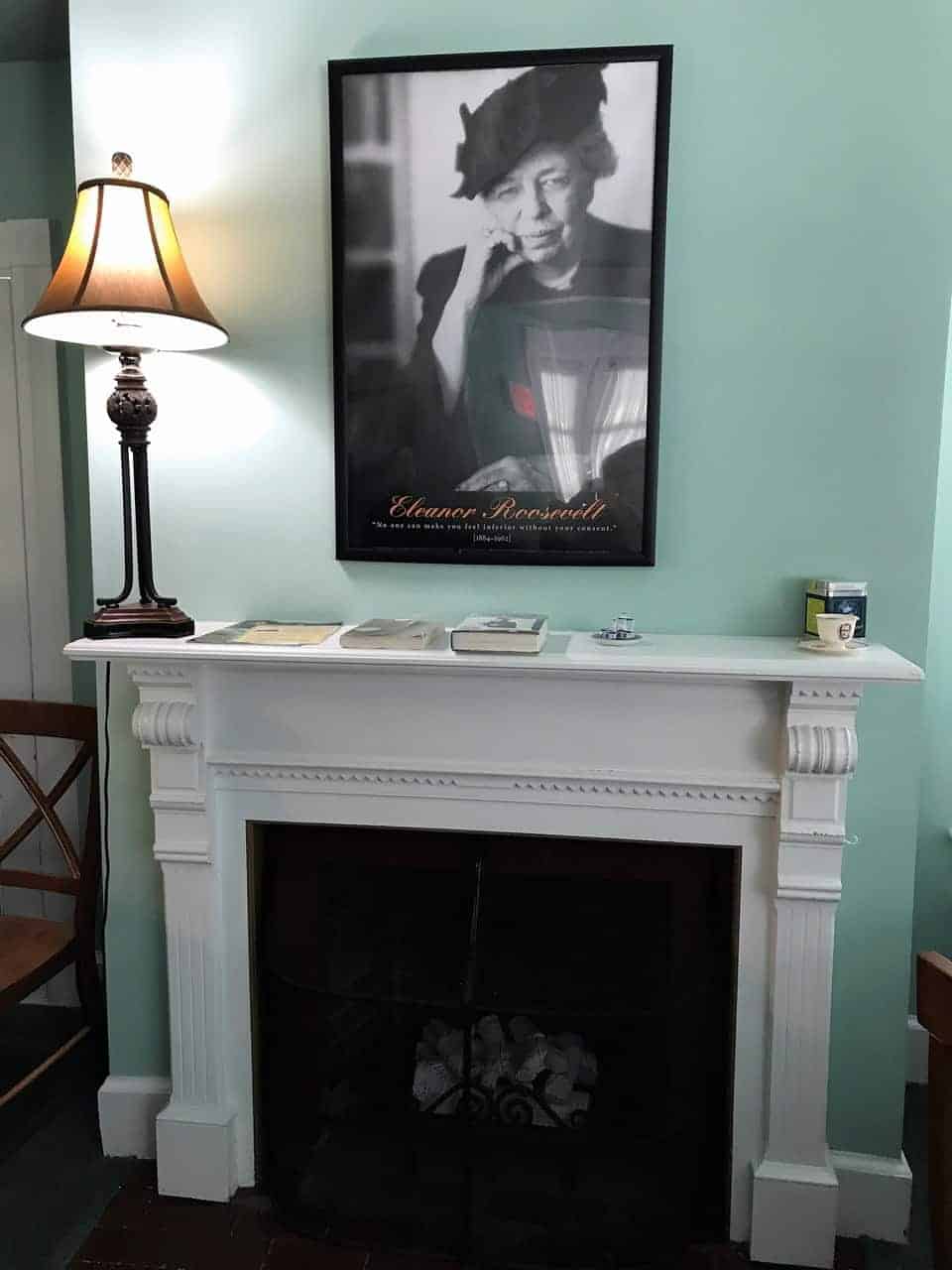 First Lady of the World

Eleanor grew to be one of the most respected women of her time. Her views and opinions, shaped by her hardships, heartbreak and the challenges she faced as a youth made her a voice for those without a voice. When Eleanor died, the newspapers headlines did not say, Eleanor former first lady of the US, but Eleanor first lady of the world has died. 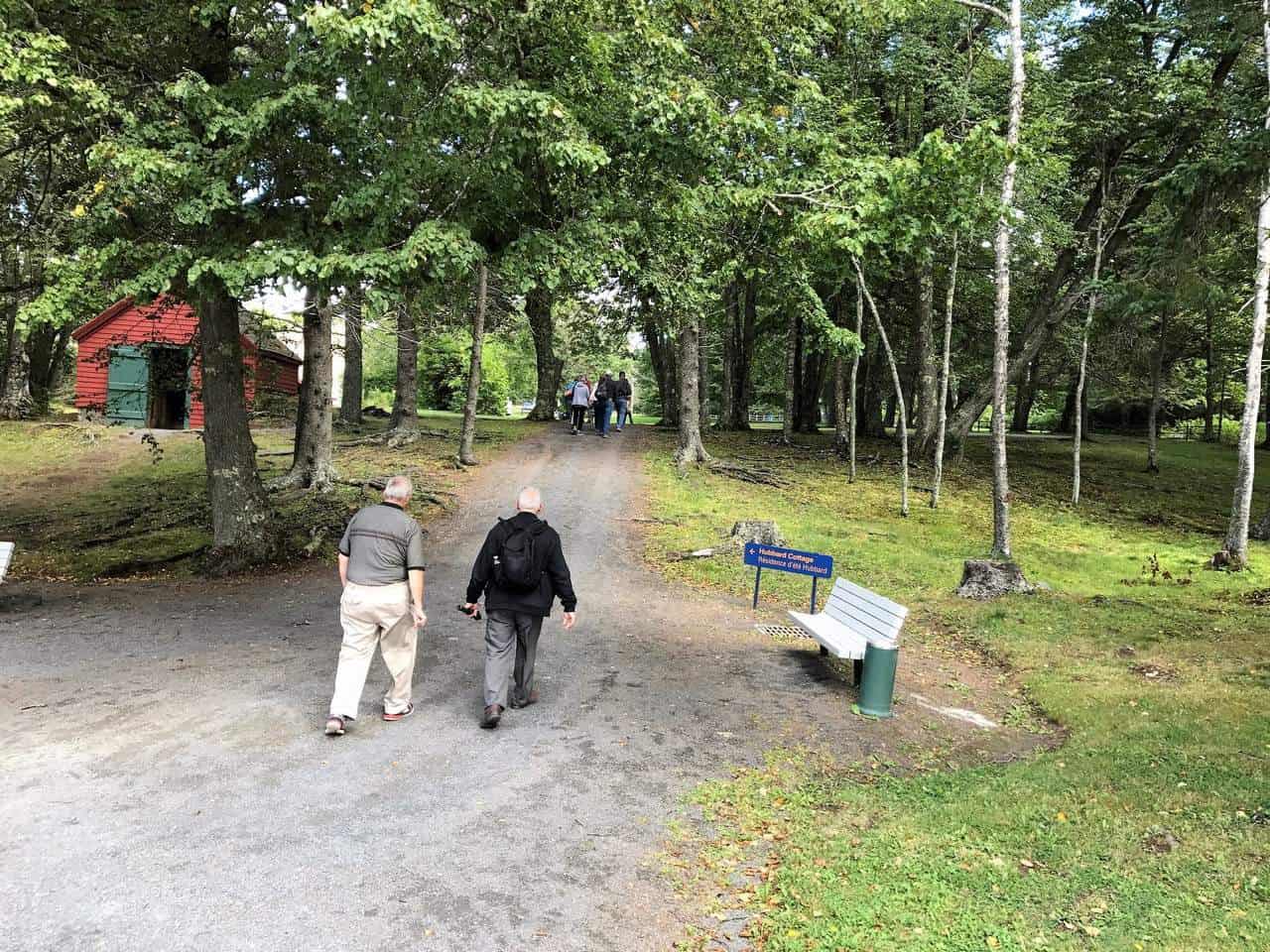 After tea, we toured the Roosevelts summer home here on Campobello Island.  A very knowledgeable guide provided us a tour of the 34 room house filled with Roosevelt memorabilia. The house contained rooms used for various activities. There was a classroom where the Roosevelt children had lessons in the mornings. There was also a games and activities room. In this room Franklin often worked on his stamp collection, the children played games, and Eleanor knitted and read. I found it surprising that there were flush toilets in the house. The children’s rooms contained chamber pots because Eleanor feared fire. The alternative, was for the children to use an oil lamp to walk to the bathroom as oil lamps were the only form of light at the time. 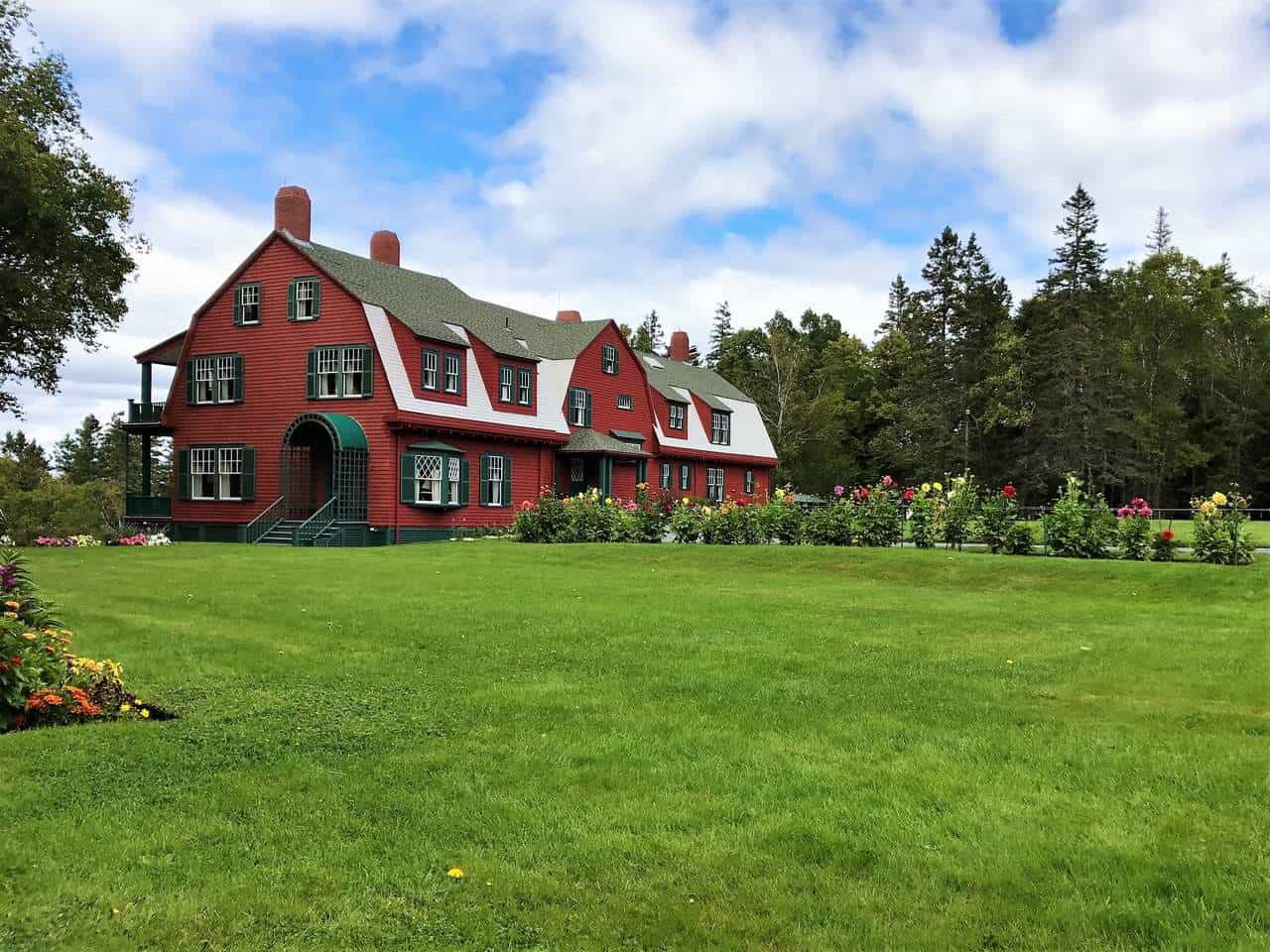 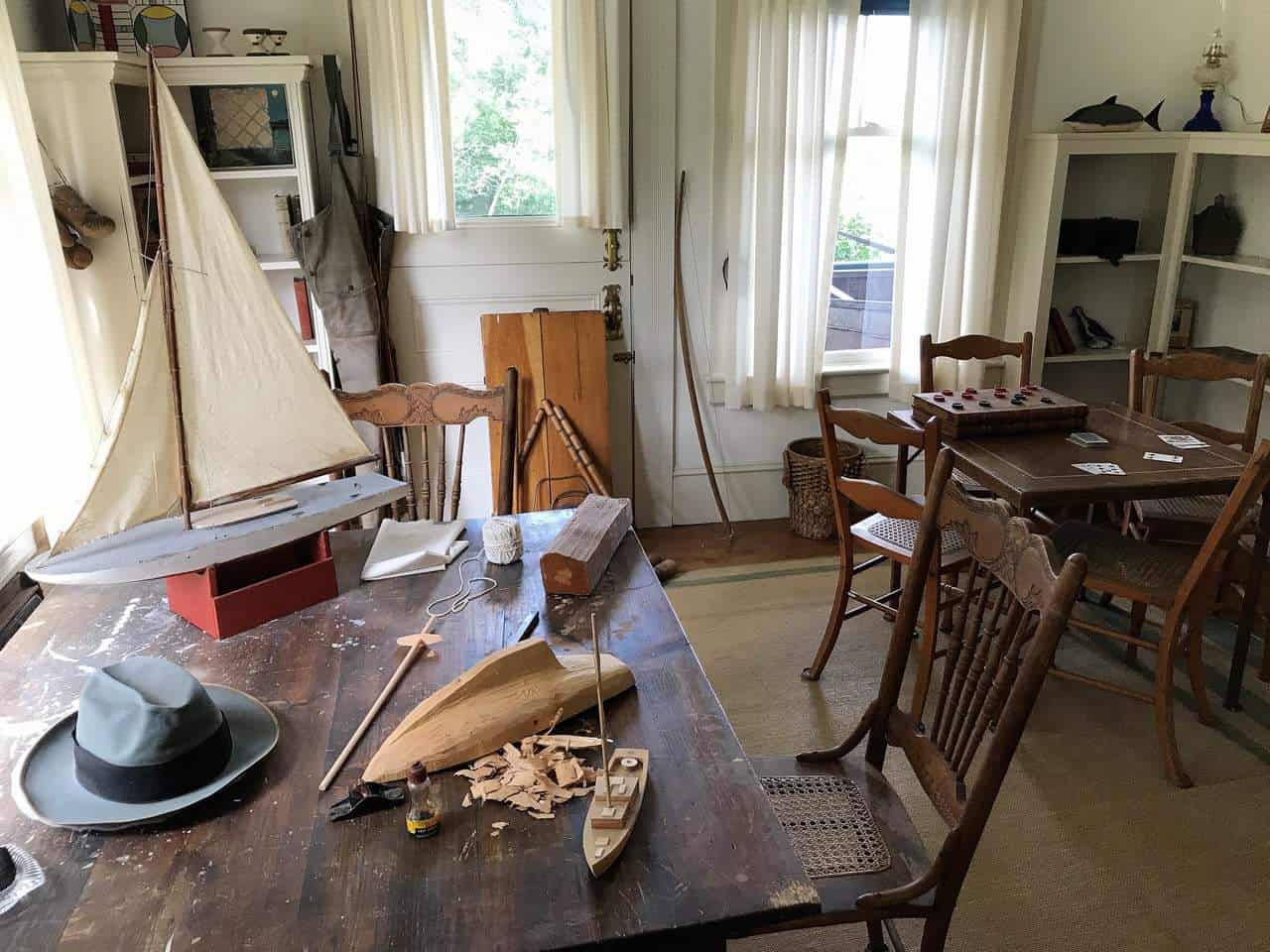 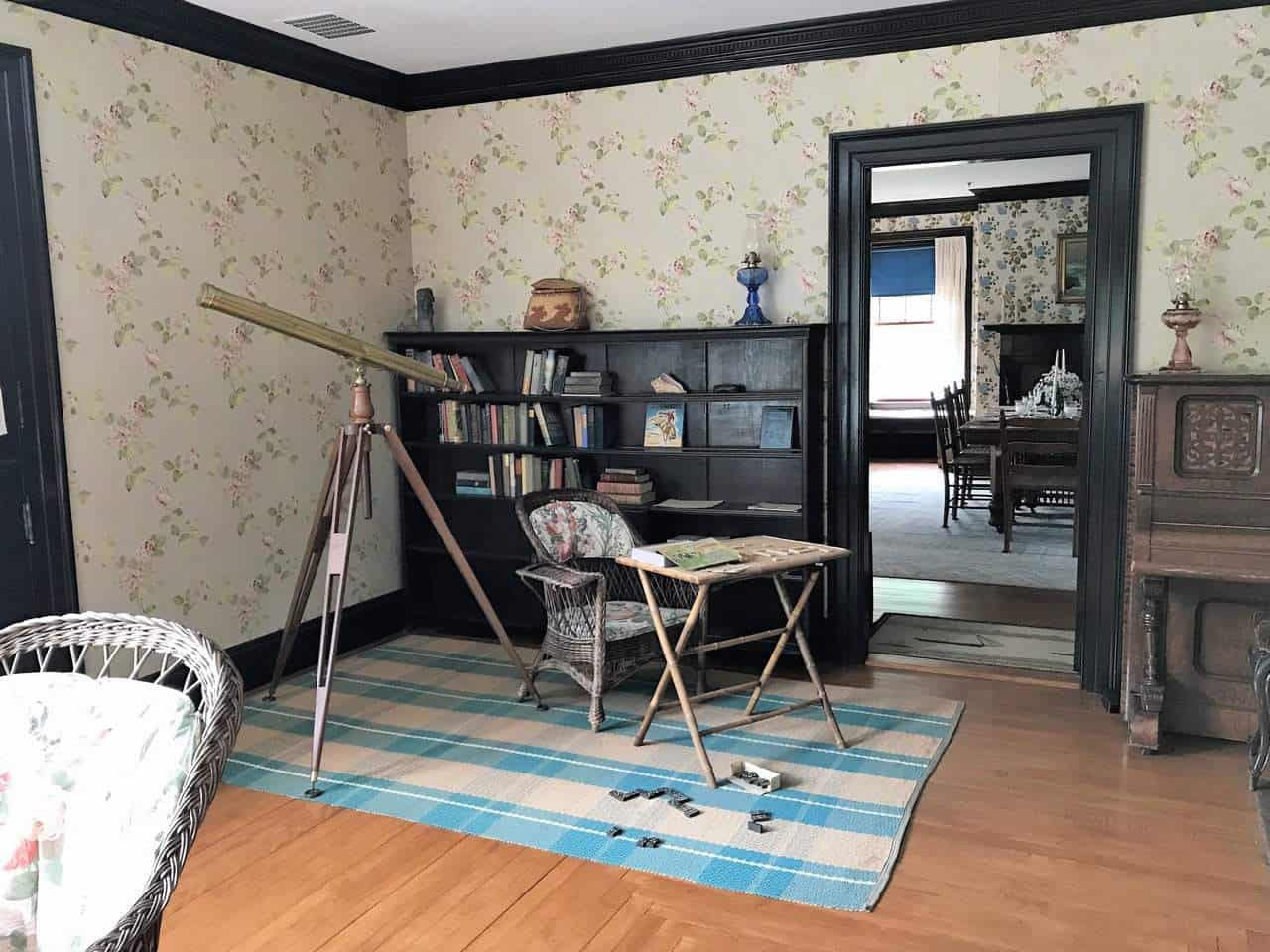 You could tell that our guide loves her job, and even though she is Canadian, she knew more about American history than us. Growing up near the border of Canada and the U.S. as we did she does not notice a difference between Americans and Canadians. She is proud to work for this International park that symbolizes the great friendship between Canada and the USA. 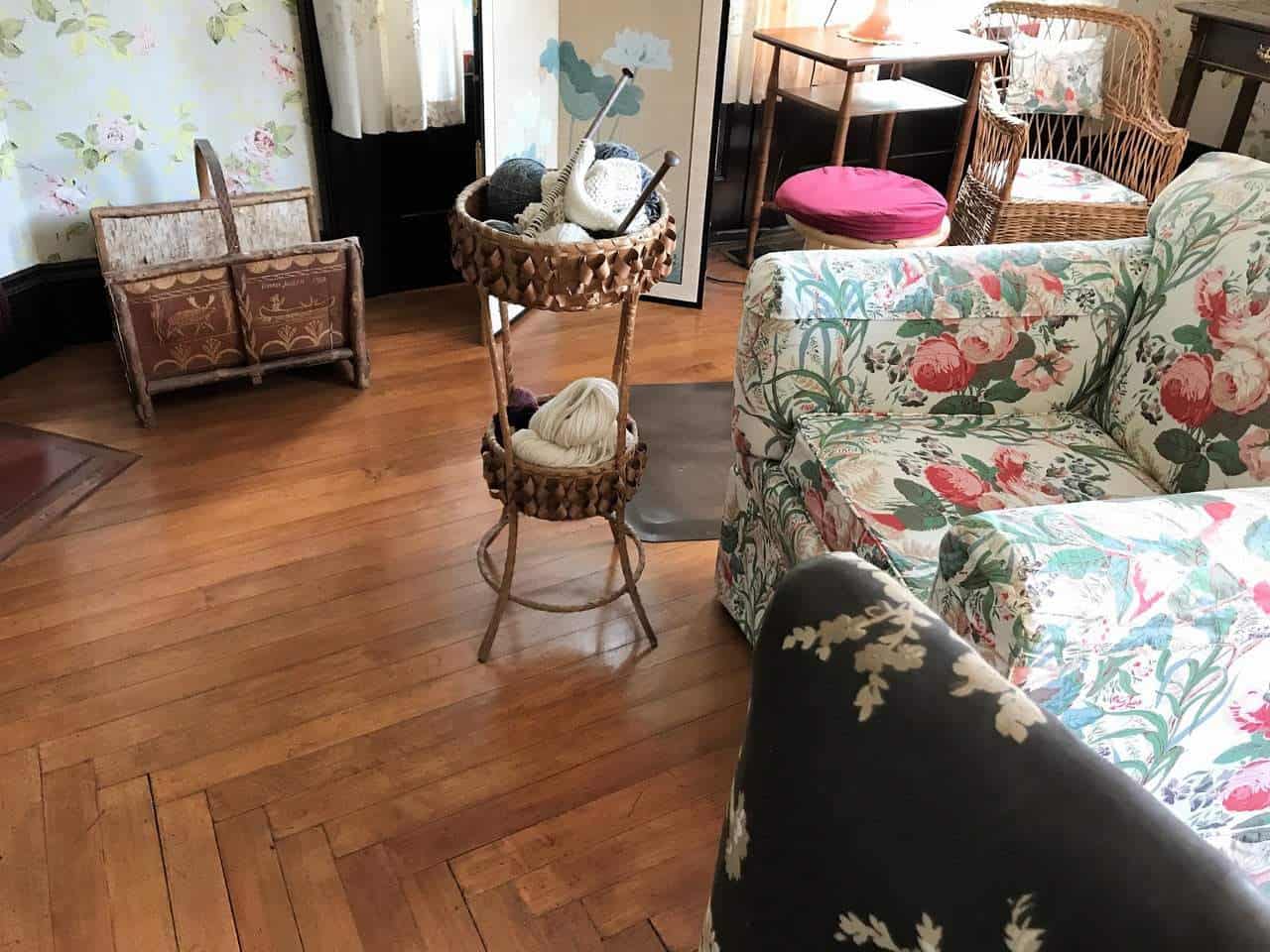 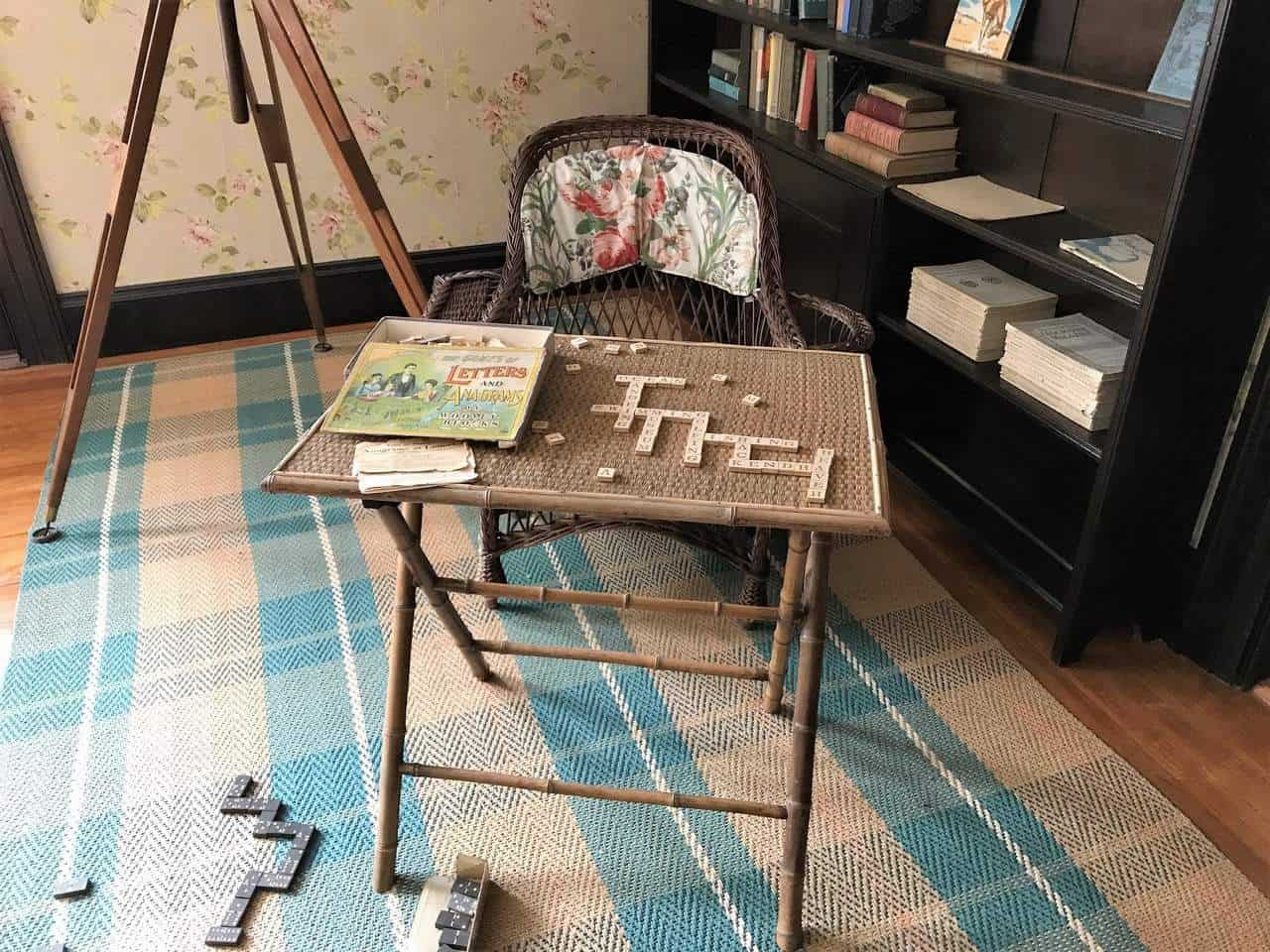 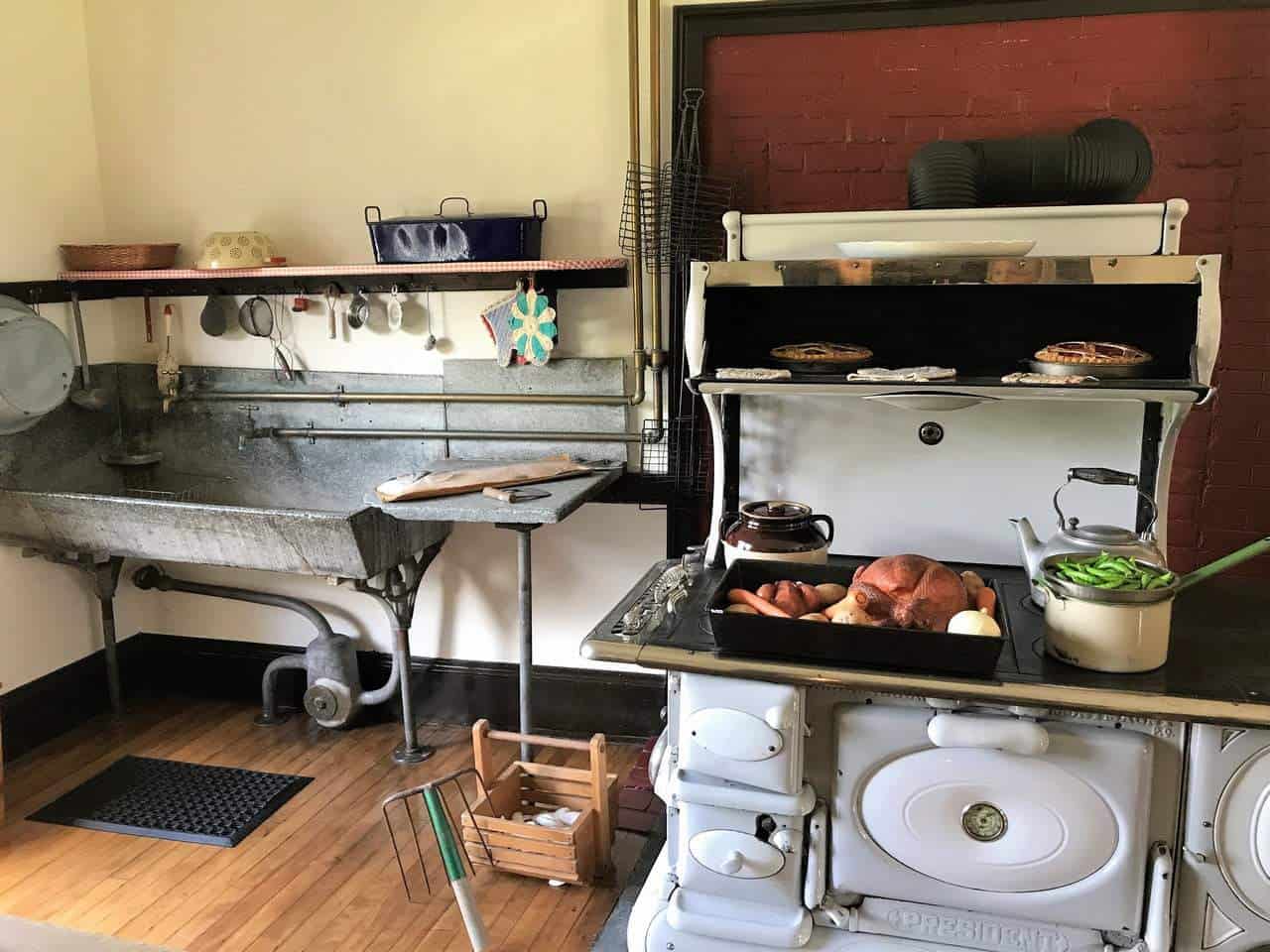 There are two other cottages in the park on Campobello Island as well as some beautiful gardens. The park consists of 2,800 acres allowing you to enjoy nature trails, observation decks, and picnic areas. Picture-worthy, there is also the 1885 Mulholland Point Lighthouse. 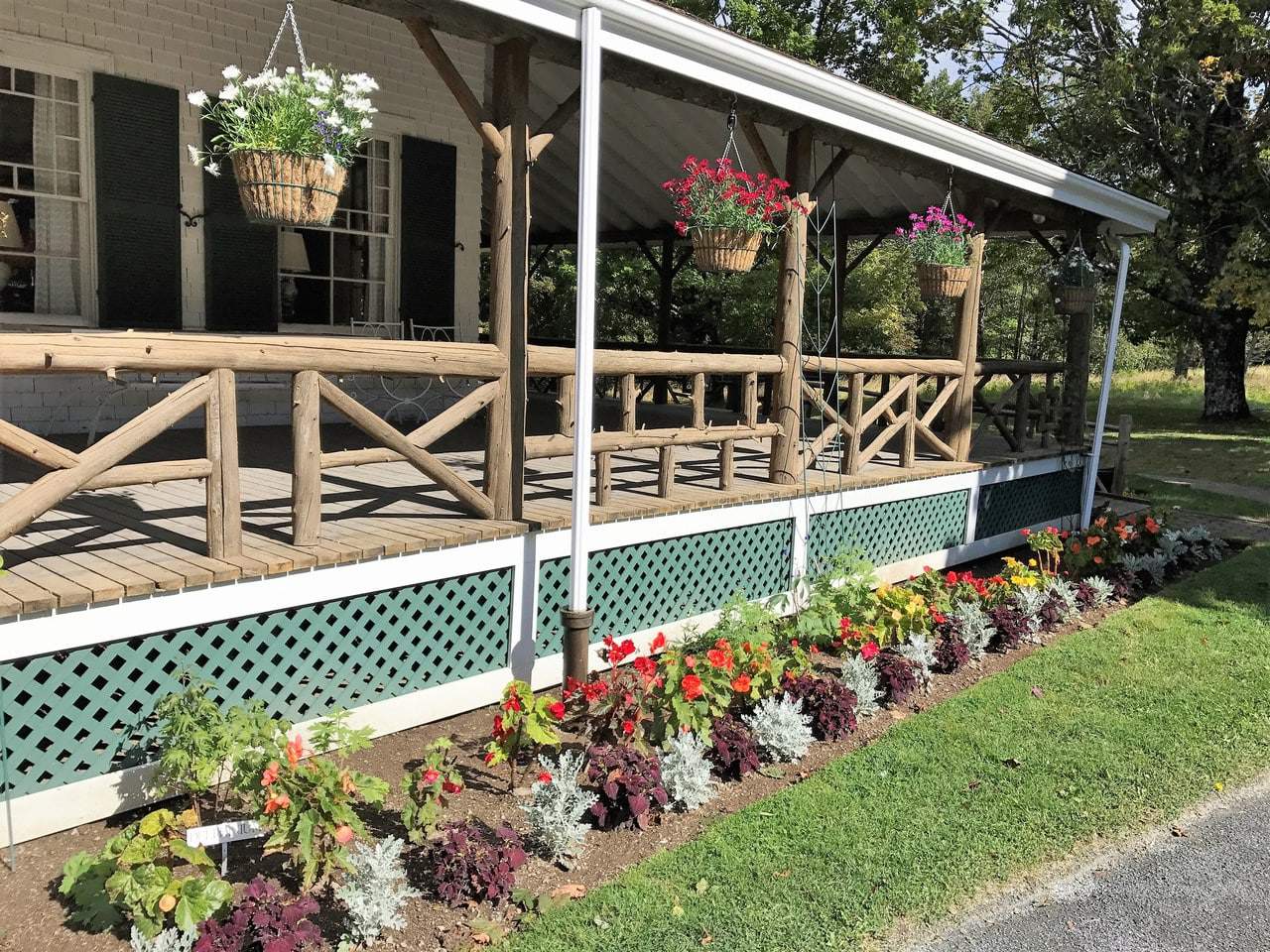 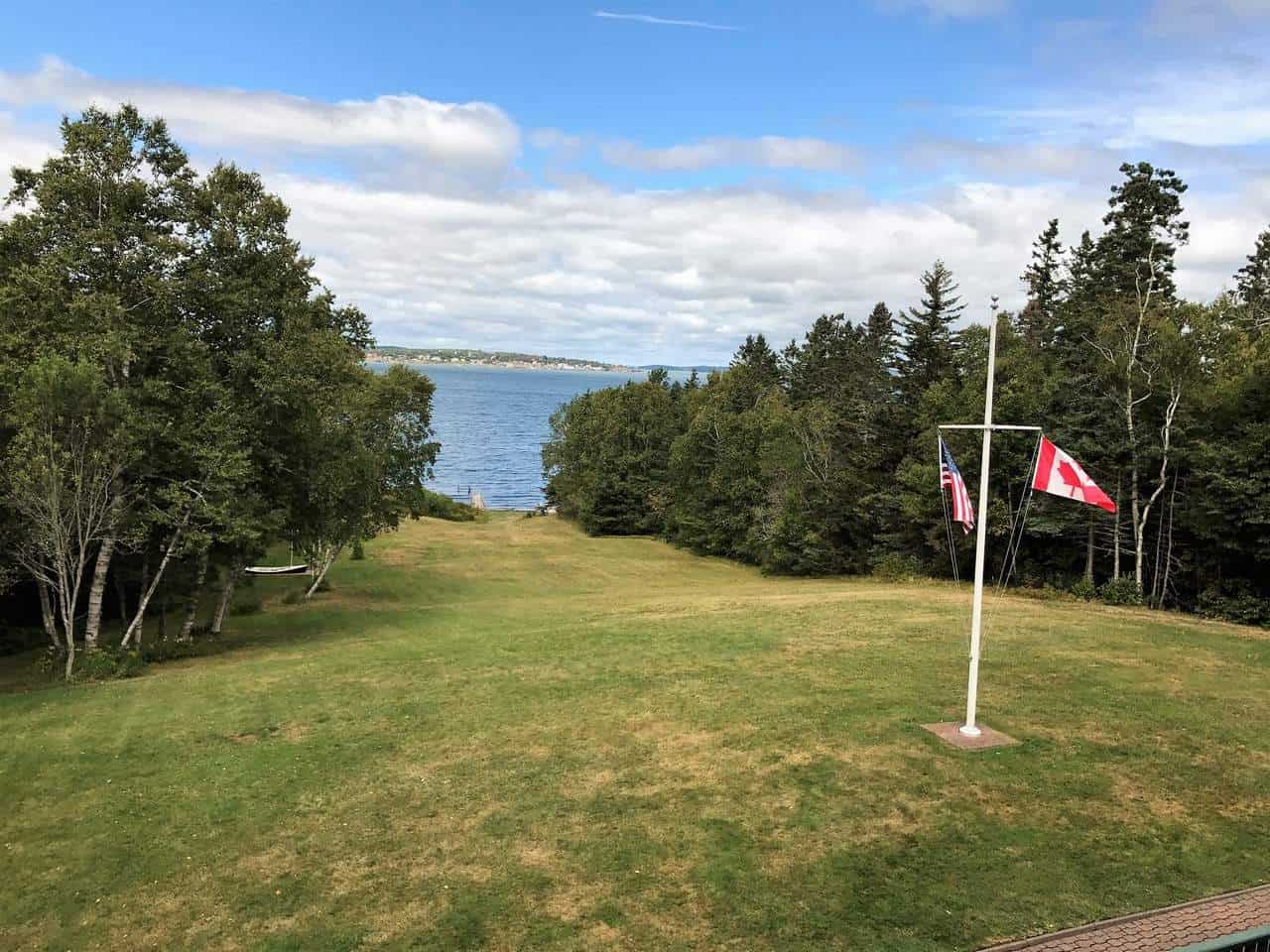 Afterwards, we enjoyed an excellent lunch at the Fireside. The Fireside offers fresh local fare served inside a restored historic compound overlooking Friar’s Bay. They have indoor and outdoor seating, so we ate lunch al fresco. 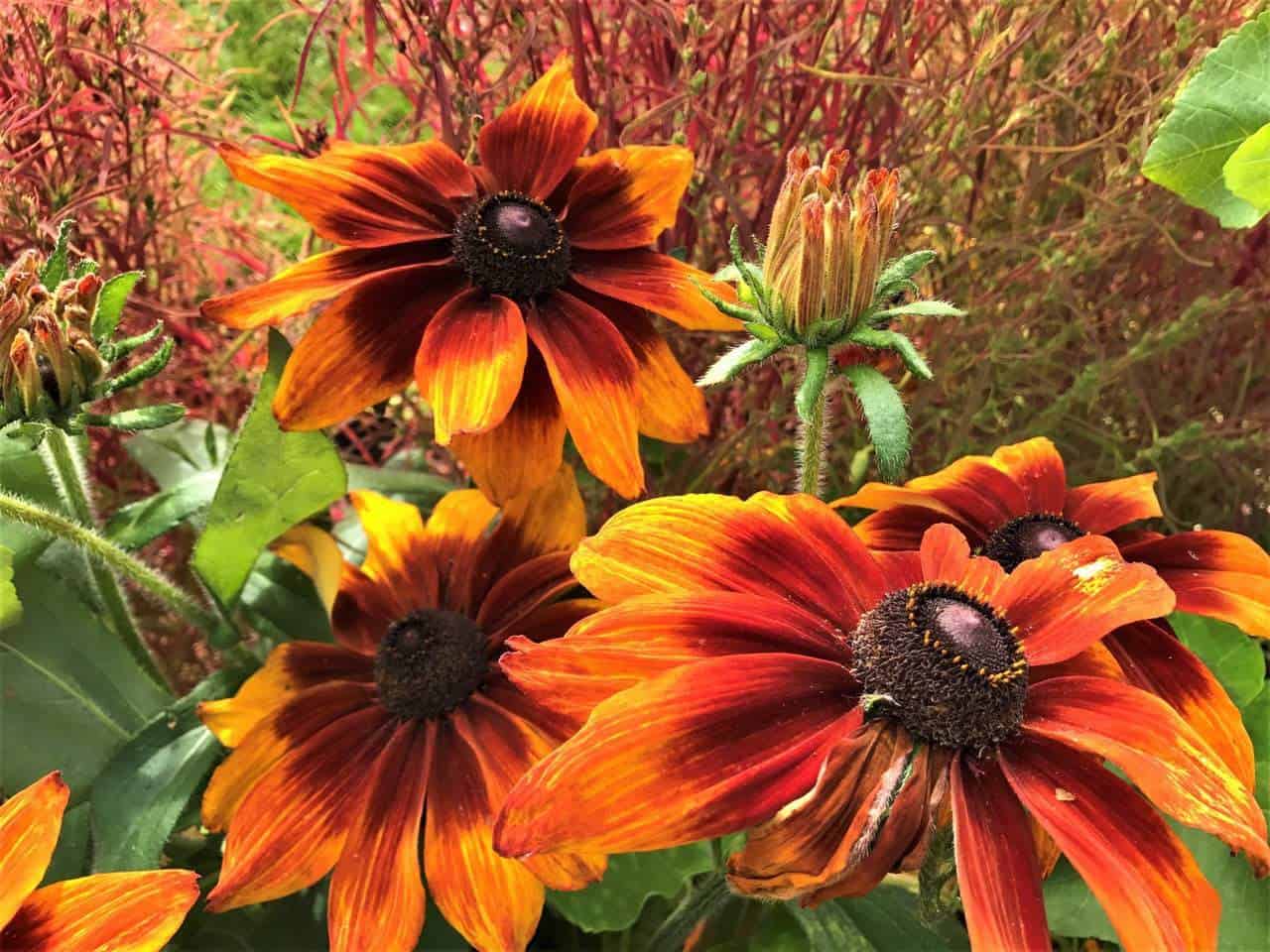 Before our visit to northern Maine we never even knew of the existence of this remarkable International Park called Campobello Island. We entered the island located in New Brunswick, Canada via the FDR Memorial Bridge in Lubec, Maine (the most eastern city in the U.S.). Remember, even though jointly operated by the U.S. and Canada this park is on Canadian soil. So you must have your passport if you are from the U.S. 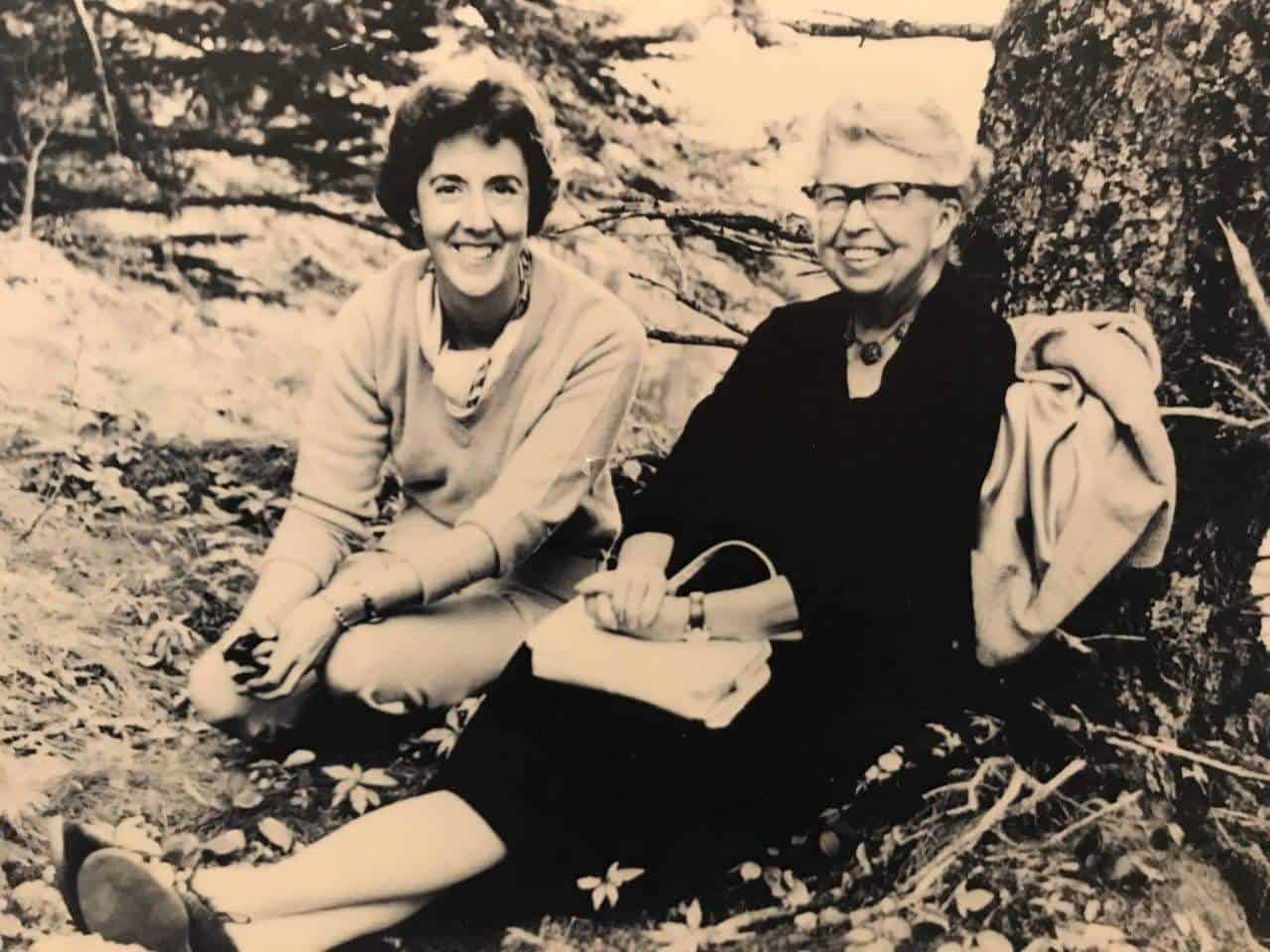 Be sure to read our other Northern Maine experience in a lighthouse. 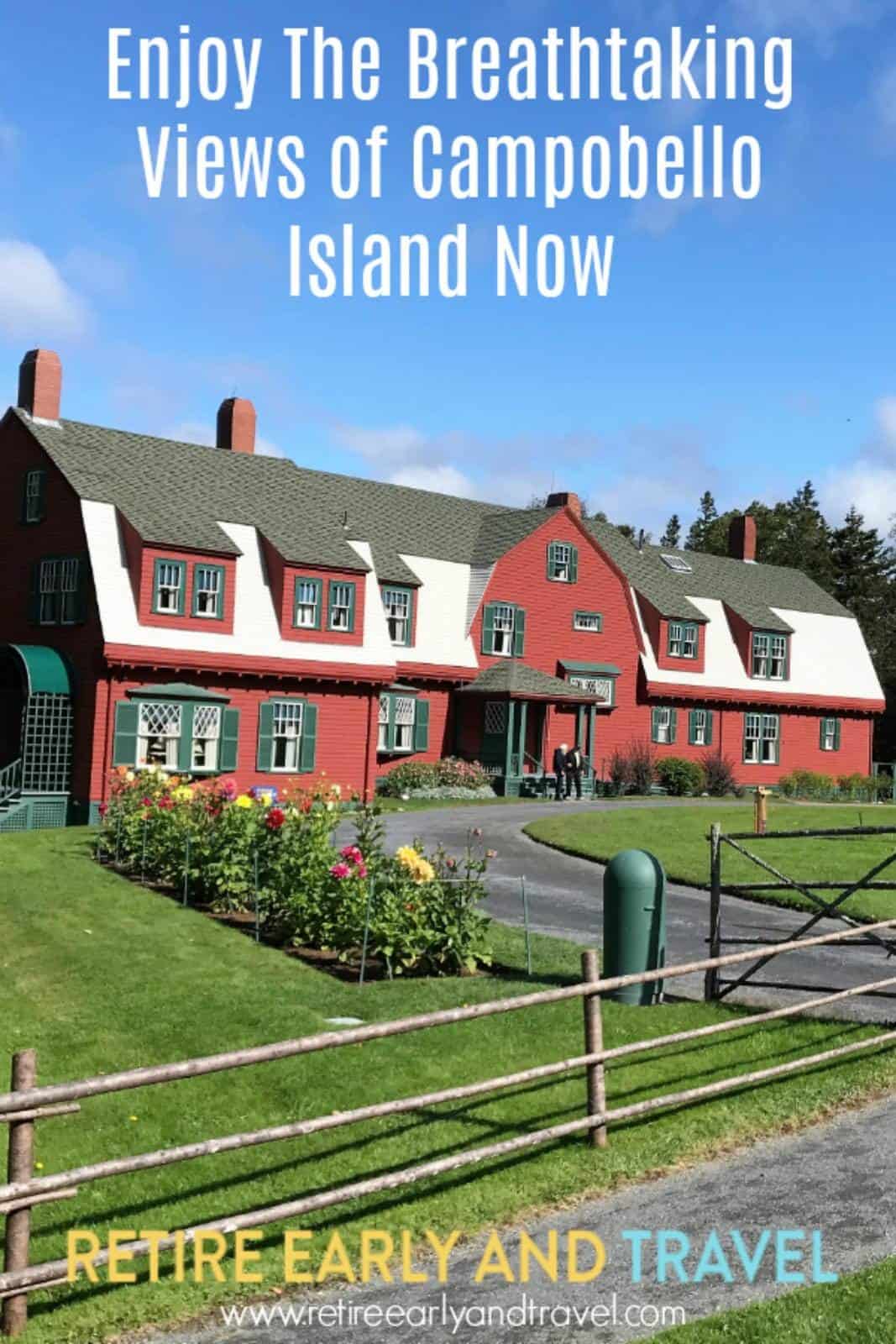