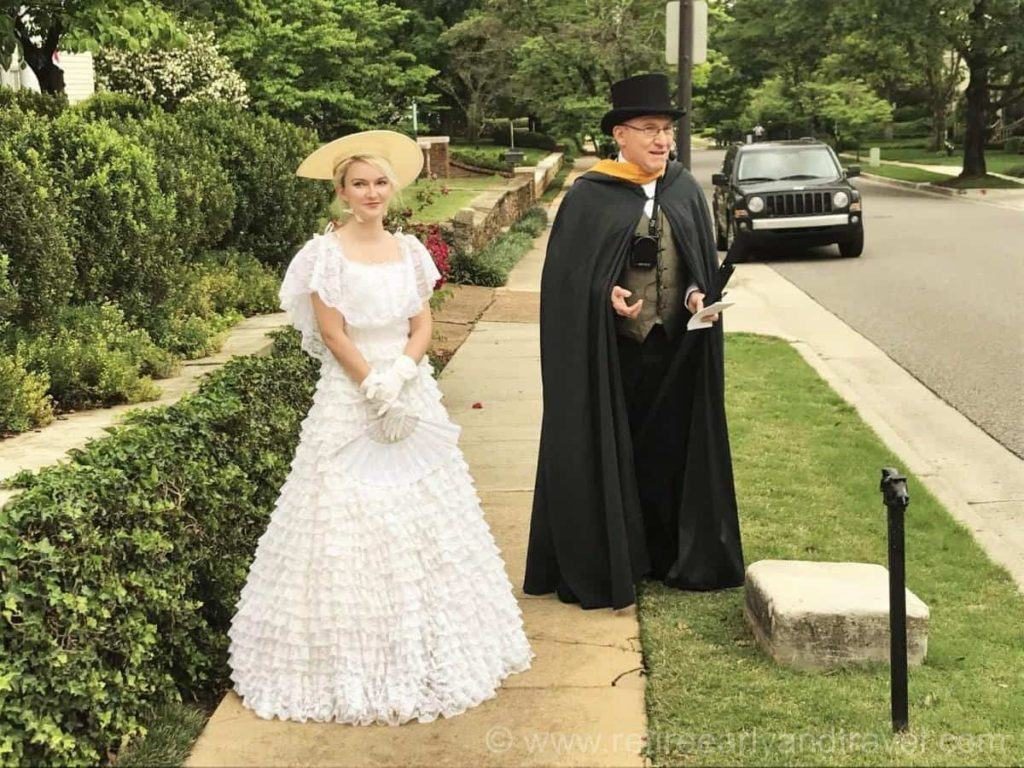 A Huntsville walking tour is one of the best ways to see and learn about a historic city. Huntsville is a wonderfully walkable city. If you love architecture and history, you will love Huntsville. Huntsville has one of the largest collection of antebellum homes in Alabama. Held every spring and fall is a free, expert guided Huntsville walking tour. If you plan or find yourself in Huntsville at a different time, the Huntsville/Madison County Convention & Visitors Bureau has a brochure to help you travel through the past at your pace. There are three areas to see, Twickenham, Five Points and Old Town, all listed on the National Register of Historic Places. 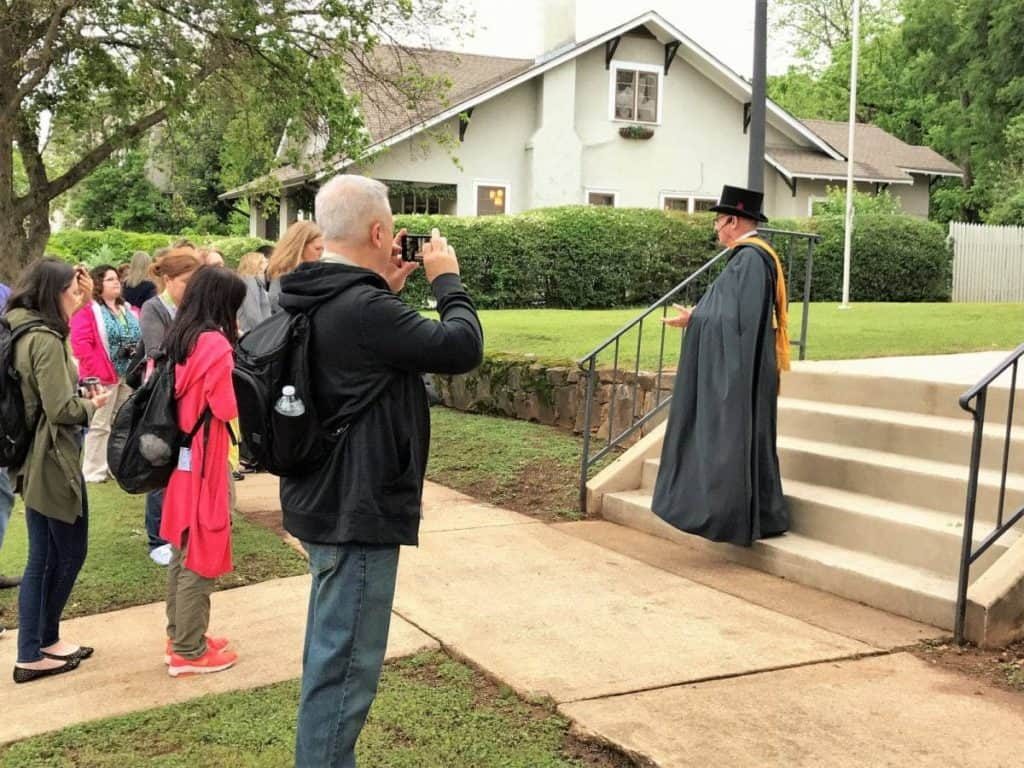 Huntsville was originally named Twickenham by LeRoy Pope, after Twickenham, England but changed by the British to Huntsville. Located just outside of downtown, the Twickenham Historic District comprises several blocks where you can admire these wonderful antebellum homes.  Consequently, you will be in awe of the many early 19th-century Federal and Greek Revival homes in this area. 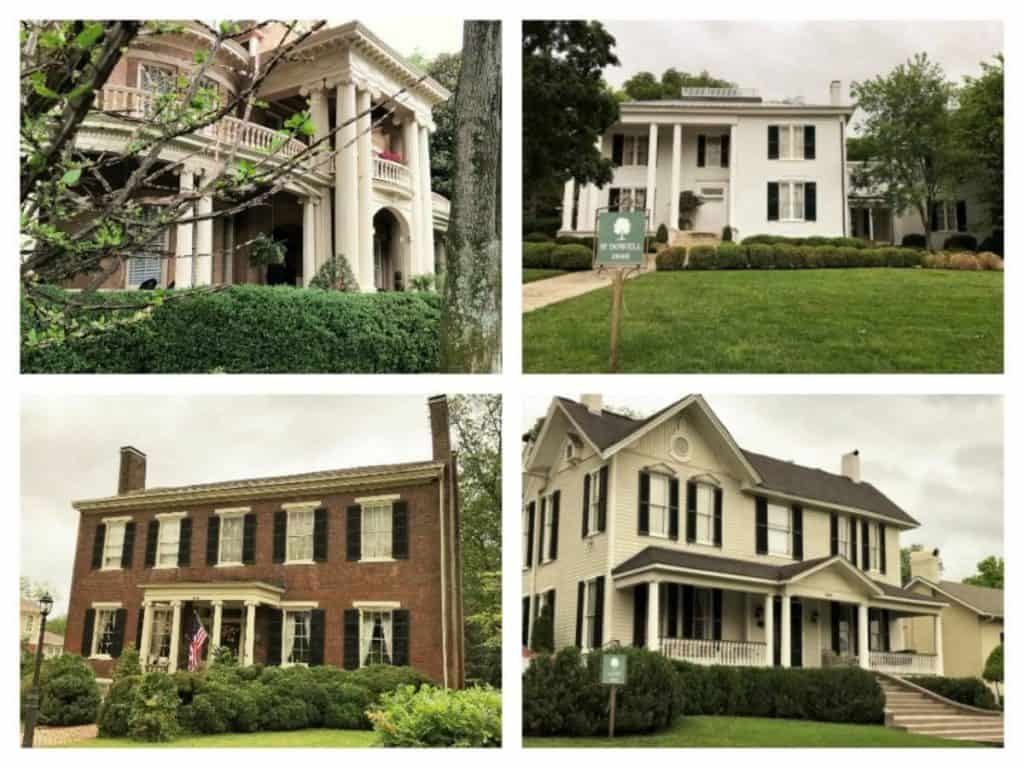 The Five Points Historic District consists of a collection of one and two-story Victorian homes, a variety of bungalows from the 1920 and 30’s, along with small cape cod’s and ranch style homes from the 50’s and 60’s. 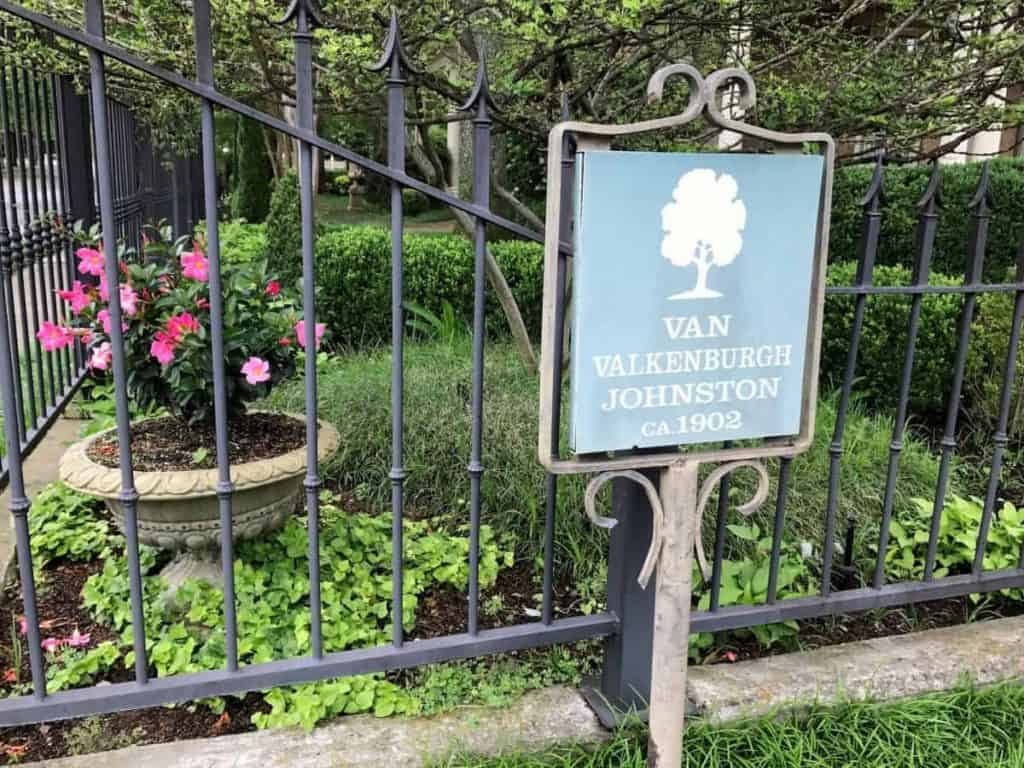 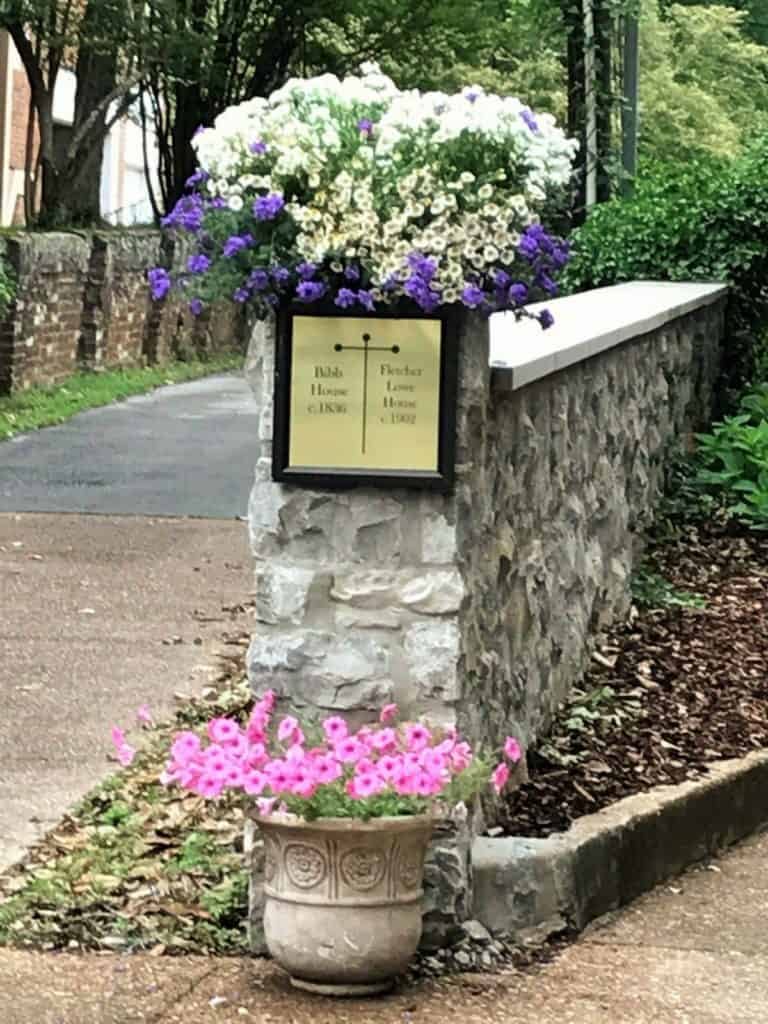 Old Town Huntsville back in the day was home to merchants and professional people, and most of the homes were Victorian in style. The old town area continued to grow with the bungalow style from the 1920’s until the end of WWII. Since the 1980’s, Old Town has seen lots of renovations. 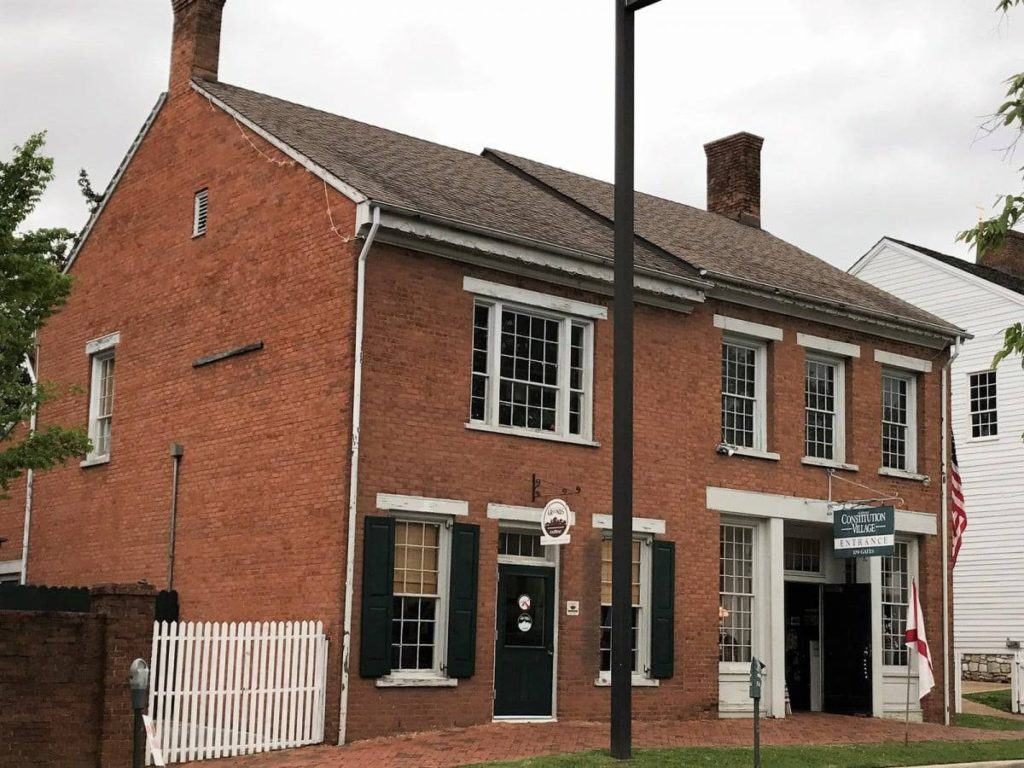 We traveled to Alabama for a travel bloggers conference. A highlight of the conference was the Huntsville walking tour expertly guided by Van Brown. Not only did he show us all of the fabulous antebellum homes but he told us the stories that accompanied these homes. Like the legend that says that the second Governor, Thomas Bibb died unexpectedly in New Orleans and his body was transported back to Alabama in a barrel filled with whiskey. In addition, we heard the story of the beautiful stained glass window at 501 Franklin Street depicting a scene from Greek mythology, the story of Hero and Leander. 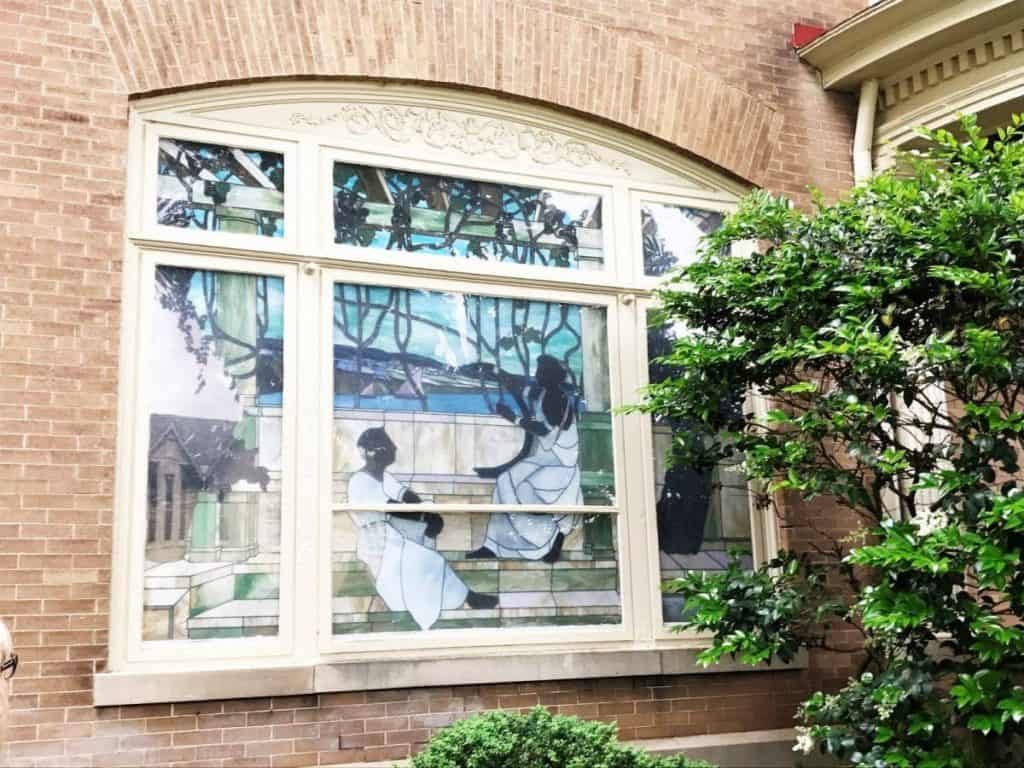 Especially relevant was the story of Huntsville native Tallulah Bankhead. She was a ravishing beauty and actress of stage, screen, and radio. Known for her uninhibited exuberance, deep sultry voice, and for calling everyone “Dahling.” 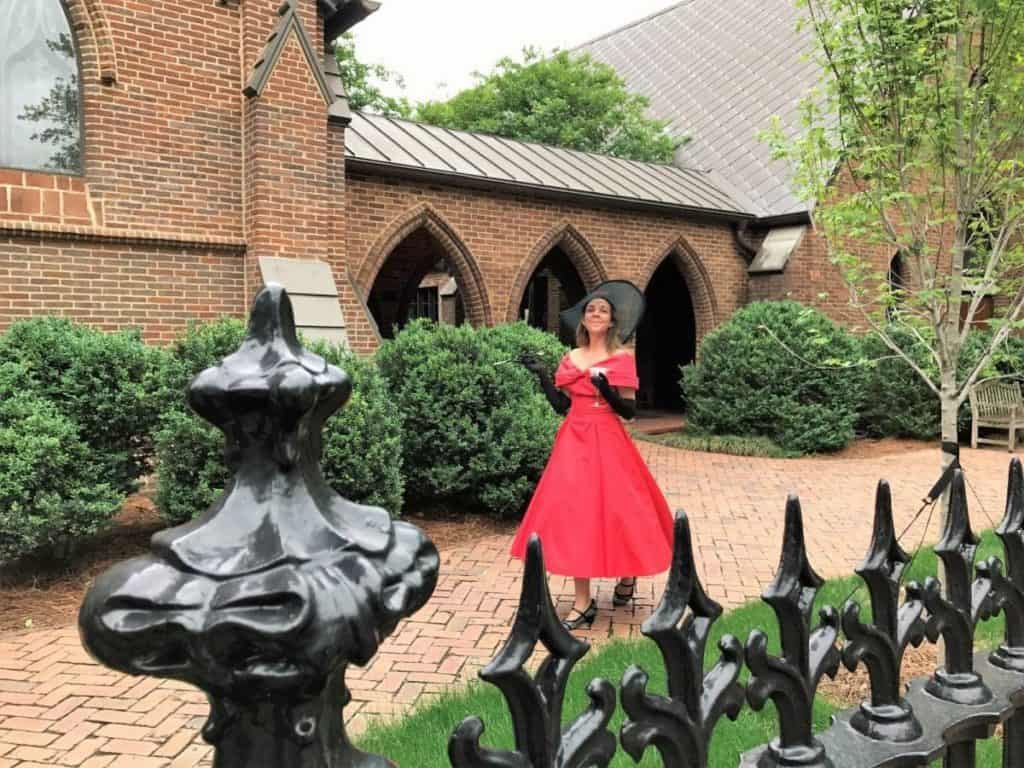 We visited the home of the owner of a cow named Lily Flagg. She was a Jersey cow and the top butter producer in the world in 1892. Caught up in the world record, the cow’s owner Samuel Moore threw an elaborate party at his home. In the spirit of the party, he painted his home a butter yellow, erected a dance platform and even installed some of the first electric lights in the Southeast to illuminate the event. The story we heard is that Lily was the guest of honor and enjoyed the party too. 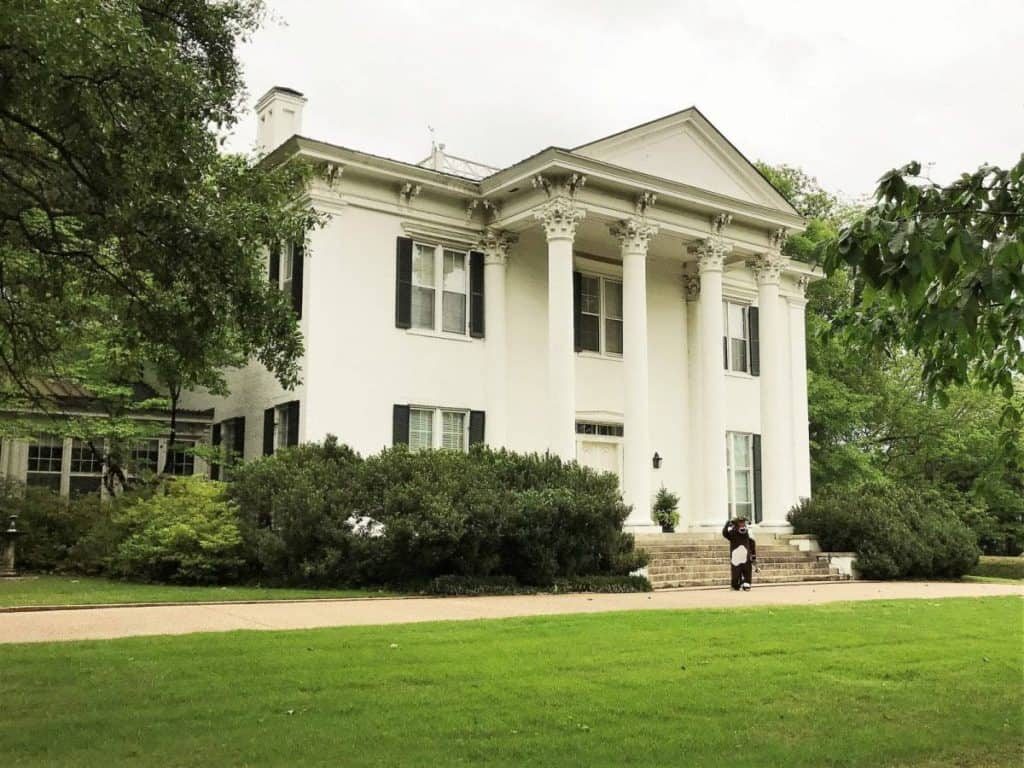 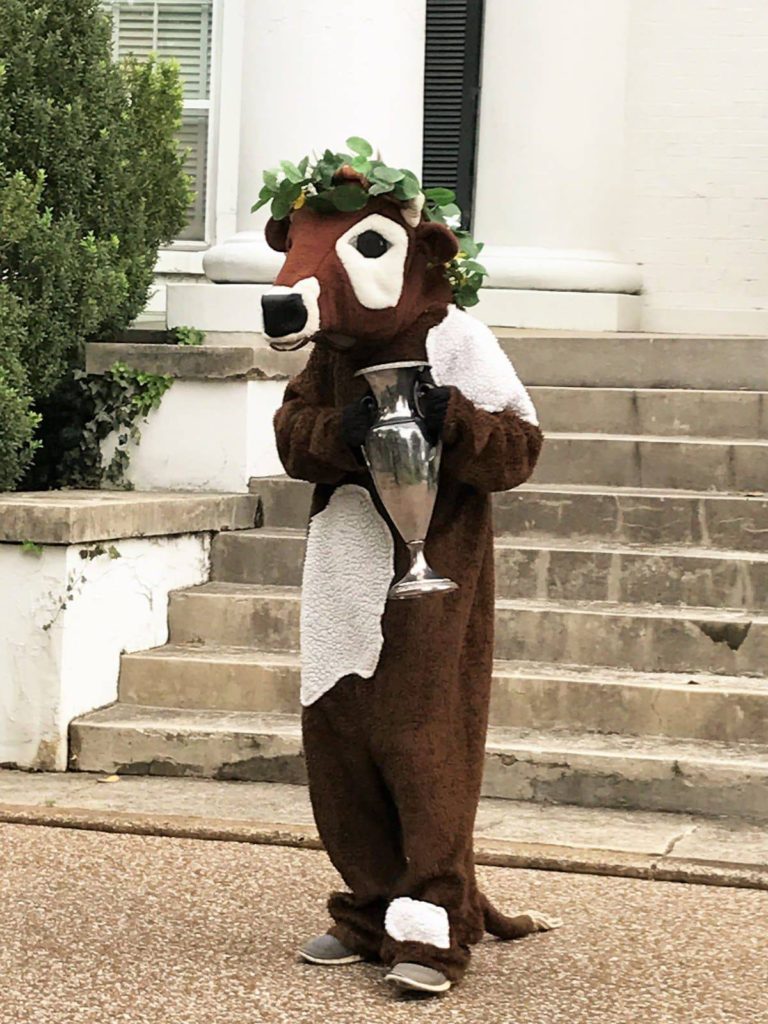 Our last stop was a visit to the Federal Style, Weeden House. Named after its most notable resident Maria Howard Weeden. After the Civil War, Maria, a noted artist, and poet sold her work as a way to support the family. She gained national recognition for her portrayal of freed slaves. While visiting the house, they served beaten biscuits, made from Maria’s housekeeper’s recipe, ham, and sweet tea. 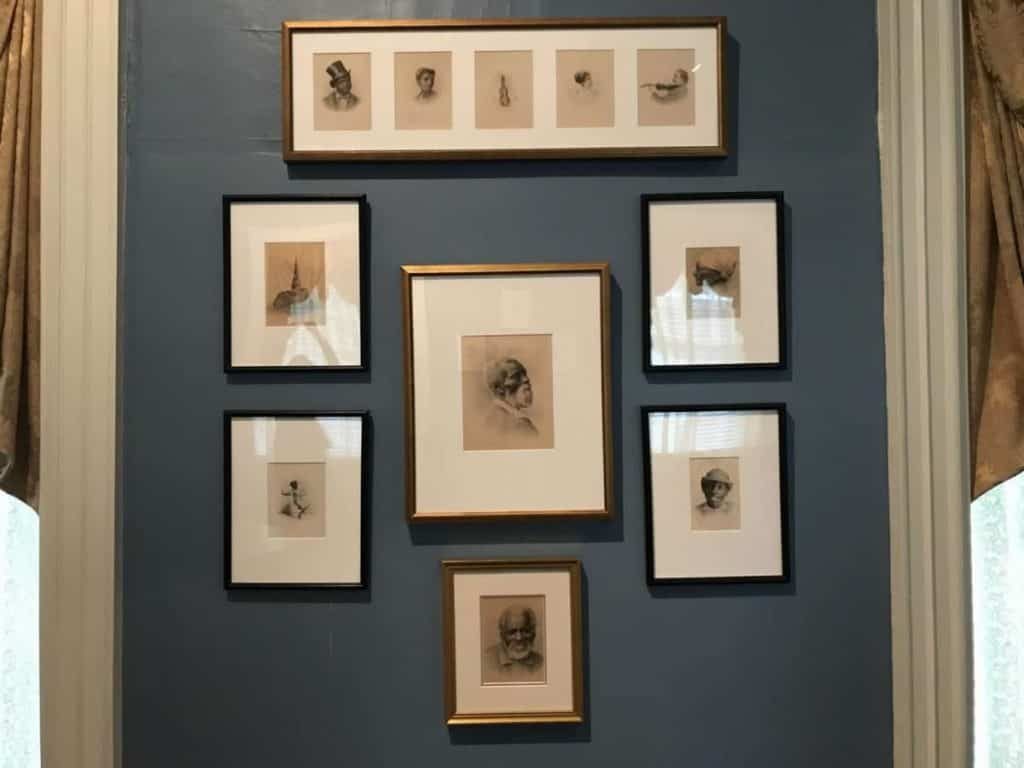 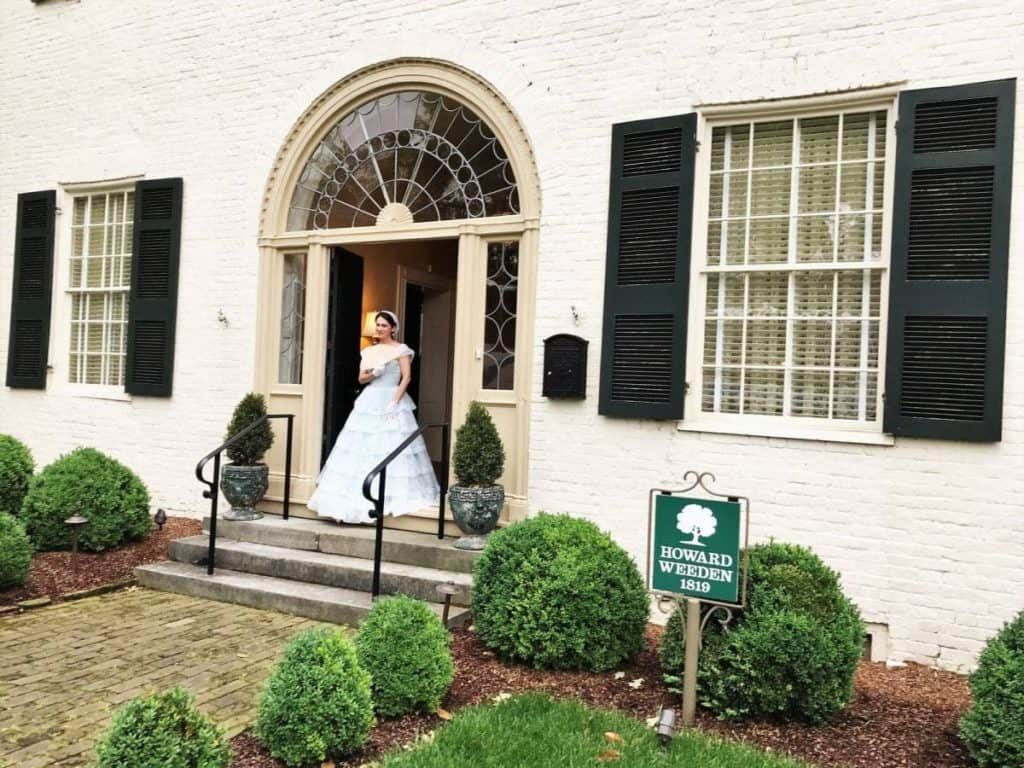 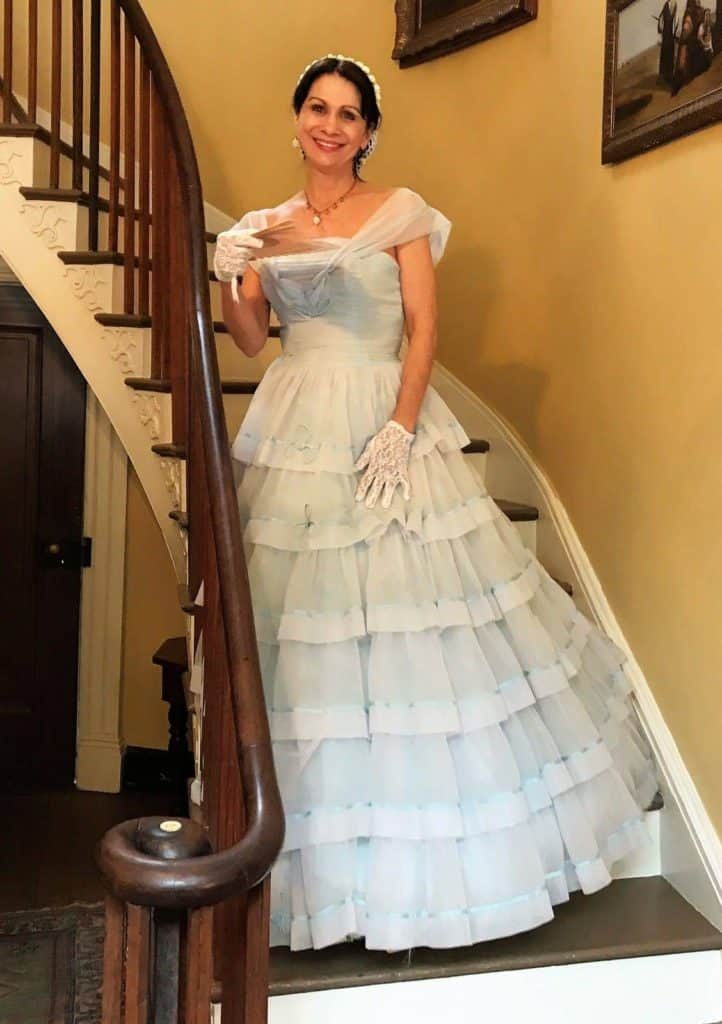 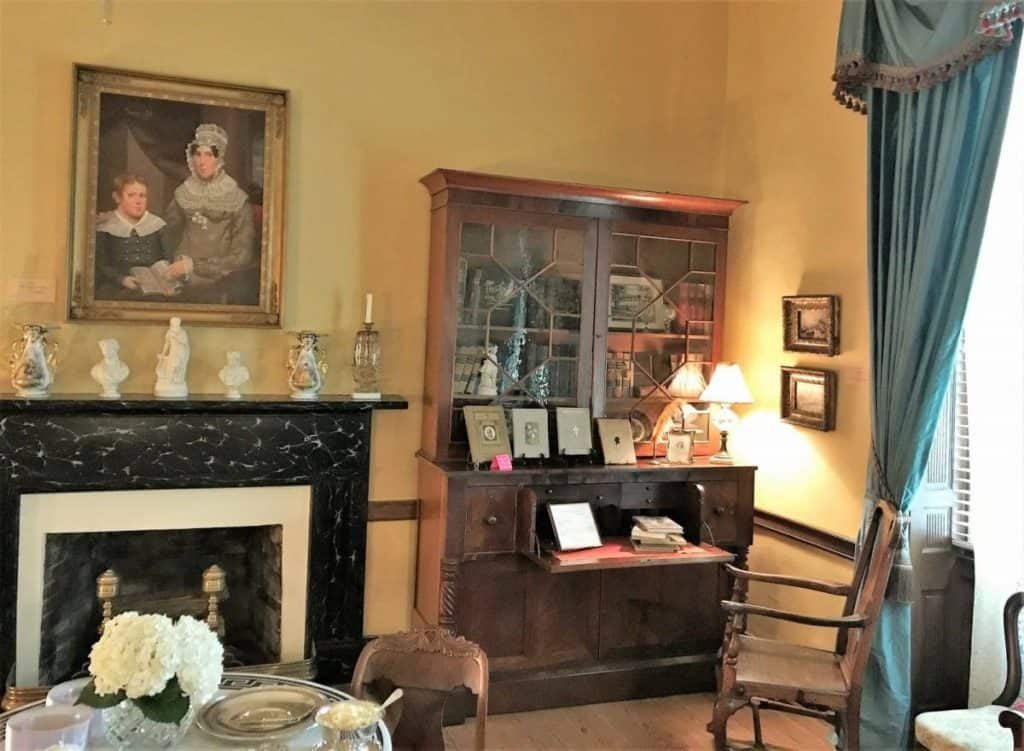 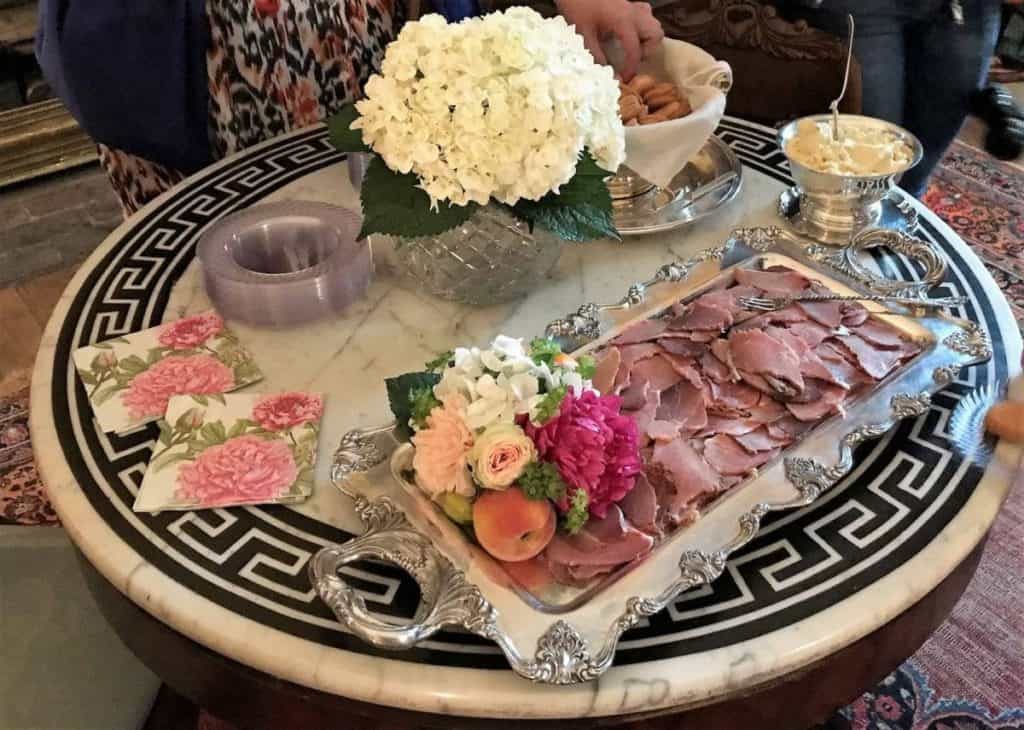 As we were standing in the foyer, we noticed this inlay button on the stairway banister. Most noteworthy, when proud homeowners paid off their mortgage, they inserted a button type emblem. This would demonstrate to all their guests that they were well off enough to have no mortgage. 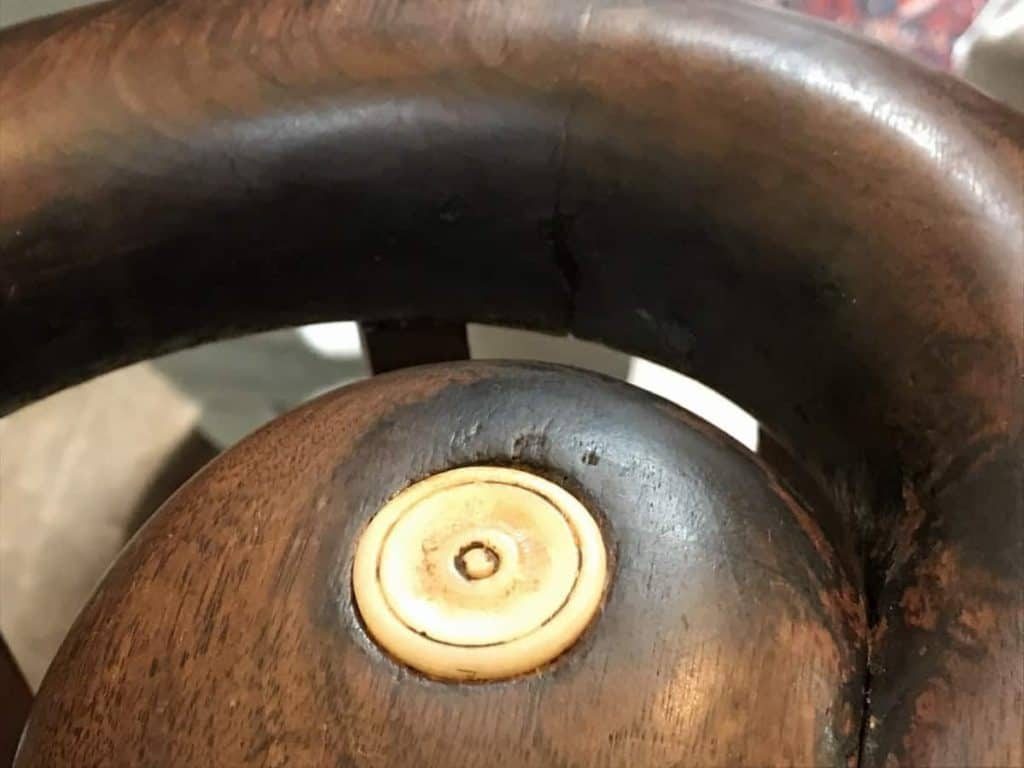 Finally, whether you are in the beautiful city of Huntsville, AL during a Huntsville walking tour or you walk the city on your own you will surely admire the beautifully preserved architecture. We enjoyed the walking, the beautiful homes, and the stories as told by our guide Van Brown.

Check out our other Huntsville adventure at the US Space and Rocket Center. 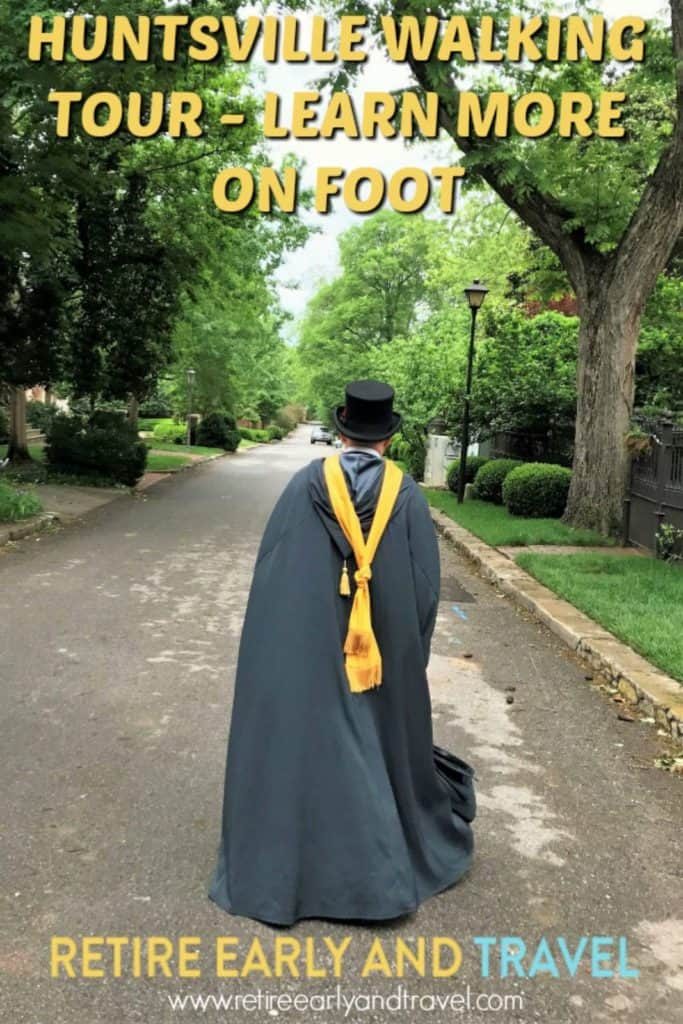